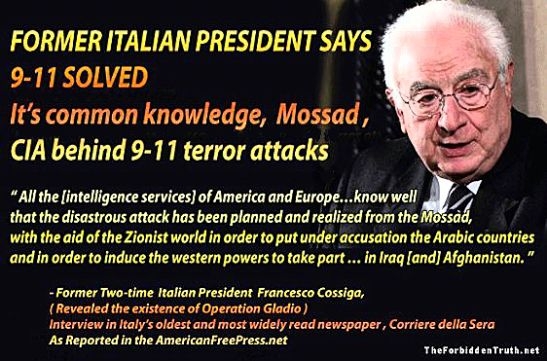 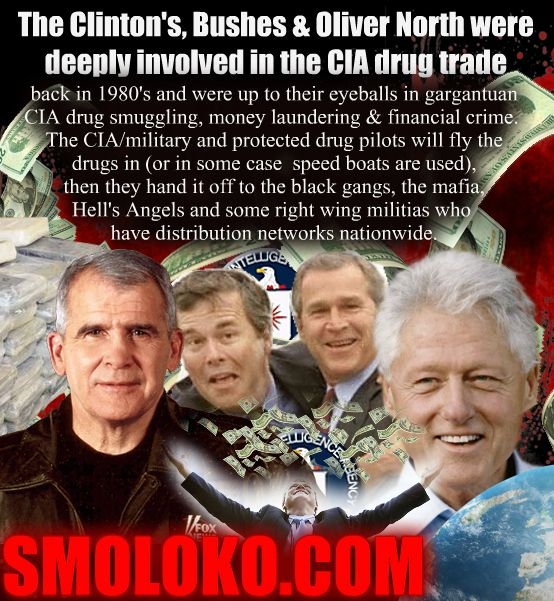 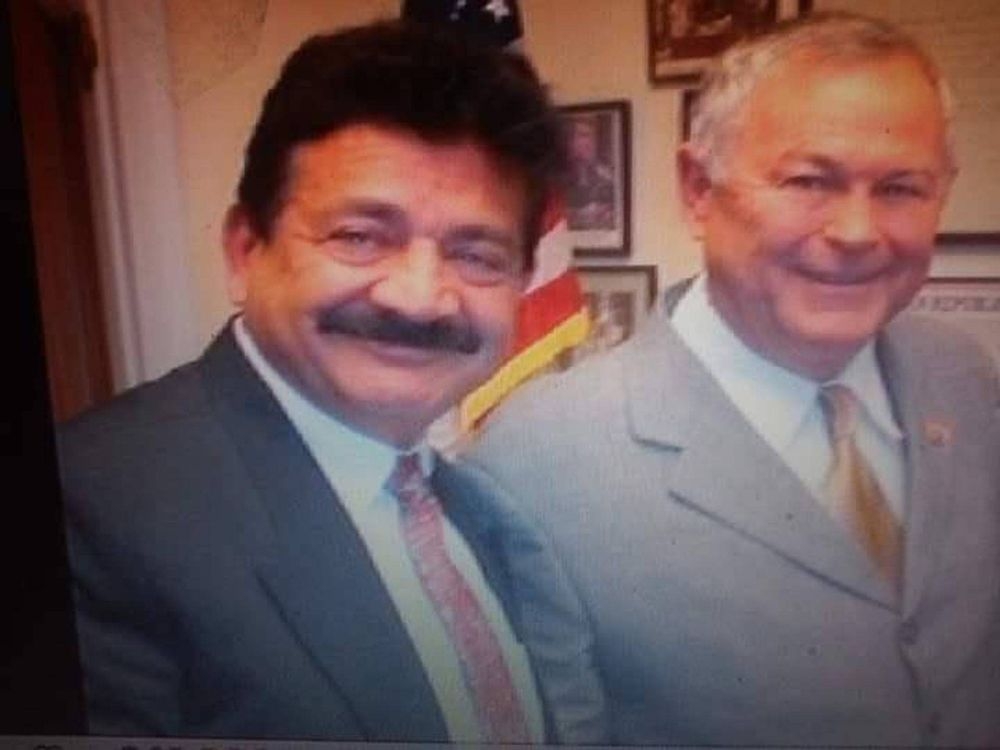 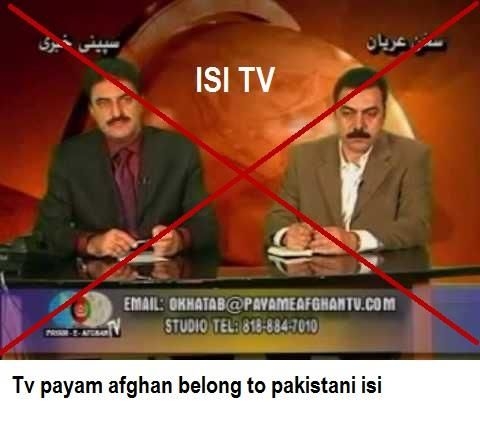 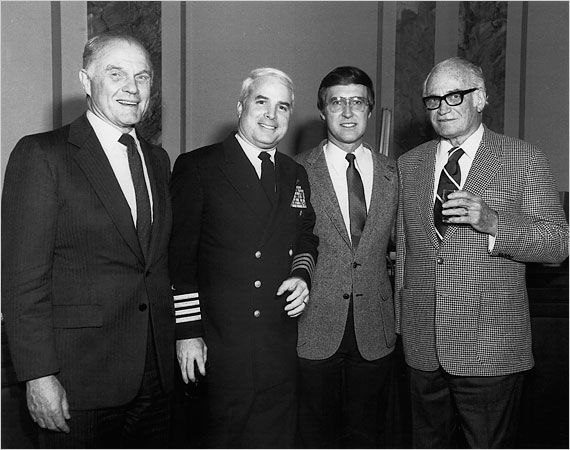 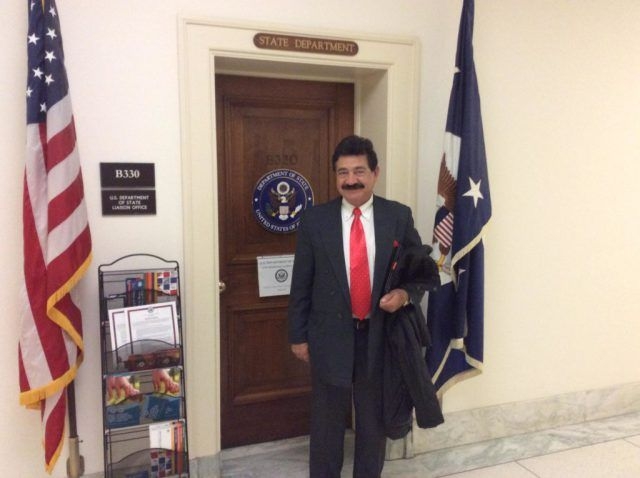 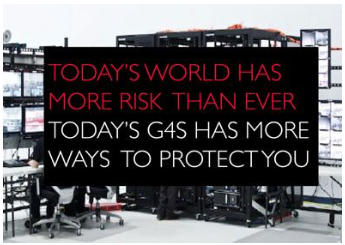 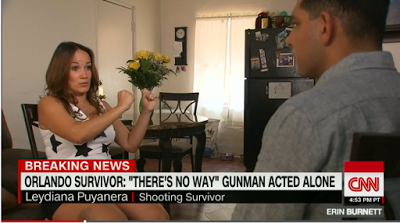 The FBI identified Omar Mateen as the shooter who killed 49 people and injured 50 more in an Orlando, Florida nightclub. The FBI reported that Omar Mateen made a 911 call during his murderous rampage pledging his allegiance to ISIS leader, Abu Bakr al-Baghdadi and claiming solidarity with the Tsarnaev brothers. Yet, Senator John McCain, the arch-neocon war hawk, told CNN that President Barak Obama was responsible for the horrific event. By raising his ‘false flag’, McCain creates what the media calls a conspiracy theory linking the president to ISIS.

False flags are stories planted in the media to place the blame for covert operations known as ‘black ops’ on someone other than those responsible. ‘Black ops’ are conducted by the spies, spooks and military assets employed by national security and intelligence agencies.

…as documented by the New York Times, Iranians working for the C.I.A in the 1950's posed as Communists and staged bombings in Iran in order to turn the country against its democratically-elected president. And, as confirmed by a former Italian Prime Minister, an Italian judge, and the former head of Italian counterintelligence, NATO carried out terror bombings throughout Italy with the help of the Pentagon and CIA and blamed communists in order to rally people's support for their government’s fight against communism. As one participant in this formerly-secret program stated: "You had to attack civilians, people, women, children, innocent people, unknown people far removed from any political game. The reason was quite simple. They were supposed to force these people, the Italian public, to turn to the state to ask for greater security."

You Know It’s A False Flag When John McCain Surfaces

A false flag is raised especially when the public suspects that the intelligence community is linked to a terrorist act. For example, the government went to great lengths to prove its ‘magic bullet’ theory so as to cover up the high-level involvement of the intelligence community in the Kennedy assassination. The 9/11 attack on the World Trade Center involved alleged hijackers who were not only associated with Saudi Arabian intelligence but also were closely connected to the FBI, CIA and the NSA. Likewise, the Tsarnaev brothers and their family had ties to the intelligence community prior to the Boston Marathon bombing. Senator McCain’s false flag blaming Barak Obama for the Orlando massacre is like a bread crumb from Hansel and Gretel. But there are other ‘bread crumbs’ pointing out the location of the ‘witch’s cottage’ in this mass shooting, as well.

Dana Rohrabacher is a right wing Republican, who was elected to Congress in 1988 through the financial support of his friend, Oliver North. Famous for his role in arming of Nicaraguan rebels by selling tons of cocaine in America’s black neighborhoods and for negotiating the illegal arms for hostages deal with Iran, North was convicted and served time for these criminal activities. In Washington, Rohrabacher ___ known as ‘Gunga Dana’ because of his decades-long involvement in Afghanistan ___ is a senior member of the House Committee on Foreign Affairs and chairs the House Subcommittee on Europe, Eurasia and Emerging Threats. McCain. Rohrabacher and Seddique Mateen solidly link the intelligence community to the Orlando massacre.

Americans are not particularly sanguine on having state media in the first place, let alone one running its own political program and meddling in US elections. ​

The story, titled “Does Bernie Sanders Believe in Democracy?,” was written by Jamie Kirchick, who has elsewhere openly advocated for the election of former Secretary of State Hillary Clinton as president.

Witnesses Claim More Than One Shooter In The Orlando Nightclub

After being released from the hospital, one victim of the Orlando massacre claims that 5 people were involved in the shooting. The victim told an ABC reporter that there were several gunmen in the club. The anonymous witness said that while playing dead, he heard one shooter talking on the telephone to four other shooters.

Another survivor who took 12 bullets claims that there were at least two additional shooters in the Orlando nightclub.

Agnew’s post claims that his employee’s sister was a survivor of the shooting. The woman was shot 12 times and had eleven bullets removed. The injured woman told her brother that at least two other shooters inside the nightclub escaped.

John McCain was very pleased with Hillary Clinton’s management of Muammar Qaddafi’s overthrow. “Qaddafi on his way out, Bashar al Assad is next”, McCain had tweeted. But McCain became furious when Obama failed to follow up with Bashar al Assad’s ouster.

McCain met with Syrian opposition leaders. Afterwards, in an interview with CNN, the Republican war hawk emphasized the deteriorating ‘humanitarian’ situation faced by the Syrian rebels. McCain said that attempts to overthrow Bashar al Assad were being undermined by Obama’s timidity and demanded that the president take the same action in Syria that Hillary Clinton urged him to take in Libya.

But Obama was already implementing McCain’s neo-con strategy in Syria. The president ‘false flagged’ a ‘black ops’ attempt to oust Bashar al Assad by claiming that Assad was responsible for using Sarin gas to kill Syrian civilians. Announcing his concern for the civilian population, Obama ordered an aerial bombardment for ‘humanitarian’ purposes. However, reliable sources report that the Turks, acting as American surrogates, were actually responsible for using Sarin gas on Syrian civilians. And in response to McCain’s other demands, Obama authorized arms shipments to ISIS-linked militants, identified by McCain as Syrian moderates, on the same day that the president spoke about the shooting at Umpqua Community College in Oregon.

McCain’s Assistance To The ‘Goldwater Girl’

John McCain and Hillary Clinton are not only both Arizona natives but both are admirers of the arch-conservative Republican senator and presidential candidate, Barry Goldwater. The Goldwater campaign sent Hillary Rodham Clinton and her best friend, Betsy Ebeling to Illinois where they were assigned to check for “voter registration fraud” in predominantly poor, black Chicago neighborhoods.

“I worked with her in the Senate,” McCain smiled. "You've got to reach across the aisle and work together on certain issues. And I'm not only not embarrassed about that, I'm proud of it. I respect Hillary Clinton."

For her part, on Good Morning America, the former Goldwater Girl called John McCain her favorite Republican. “I admire him and I've spent a lot of time with him," she admitted.

But McCain and Clinton have more than a mutual admiration society. Mark Salter, a McCain confidant and McCain’s advisor during the Senator’s 2008 presidential campaign, tweeted that he is supporting Hillary Clinton. So McCain has his own personal representative in the Hillary Clinton campaign. If and when Hillary is elected president, McCain will then have a seat at her planning and deal-making table. So McCain is doing what he can for his friend and political ally ___ including raising ‘false flags’.

Proposed Democratic Gun Laws Would Not Have Prevented Orlando Massacre

John McCain’s false flag indicates that the Orlando massacre was a black operation with significant involvement from the intelligence community. So none of the gun control laws being proposed by the Democrats would have prevented the massacre in Orlando. Spooks, spies and contractors all have access to guns and routinely pass background checks. Members of the intelligence community are not on any no-fly lists and commit acts of terrorism that are routinely covered up by false flags. Clearly it will take more than sit-ins in the House of Representatives to stop the escalating massacres at home and abroad.