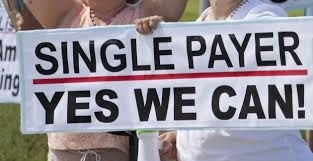 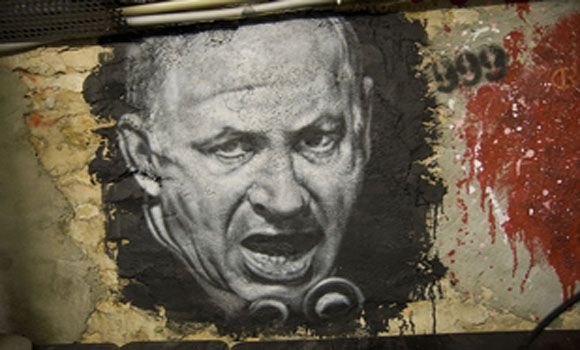 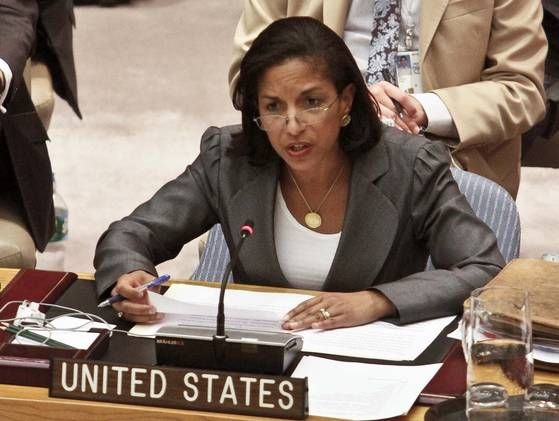 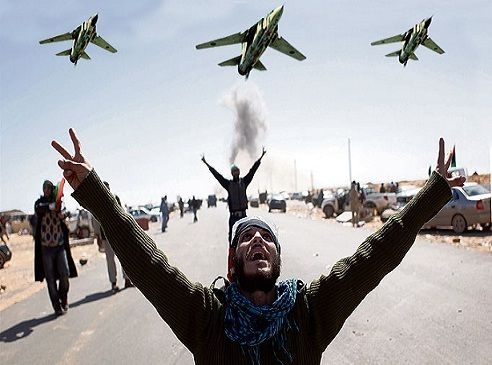 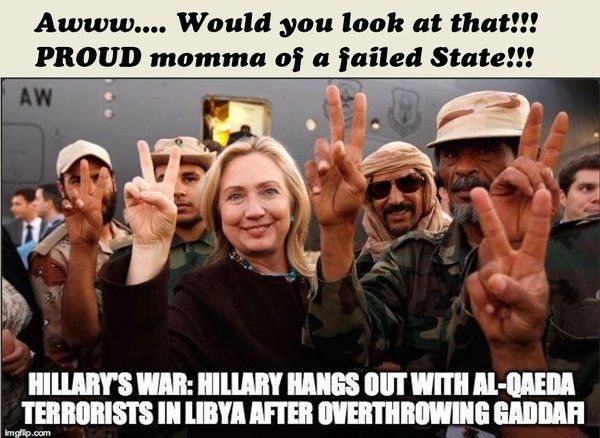 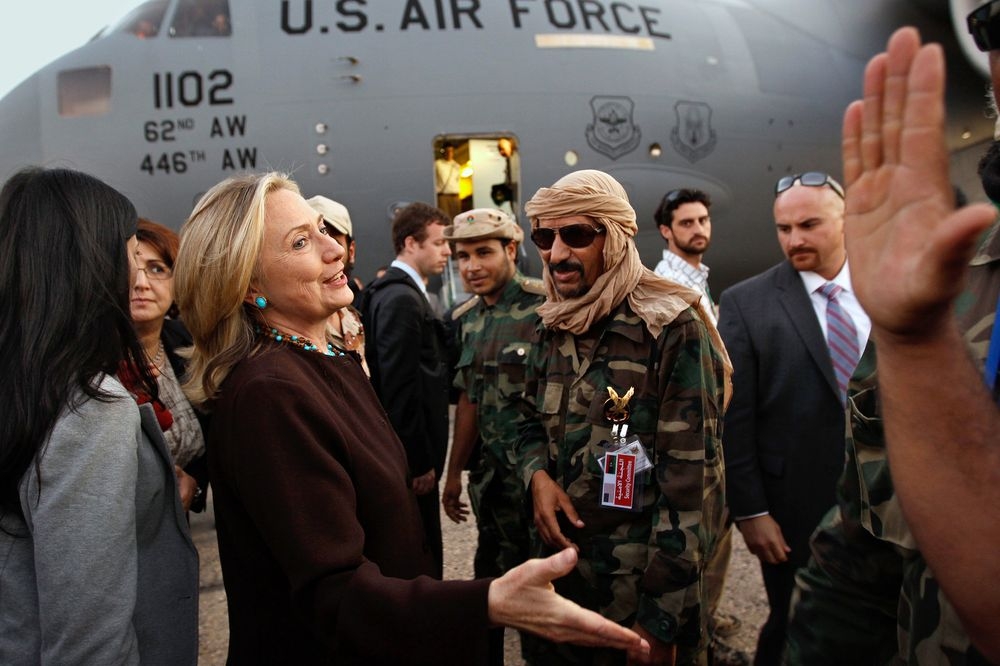 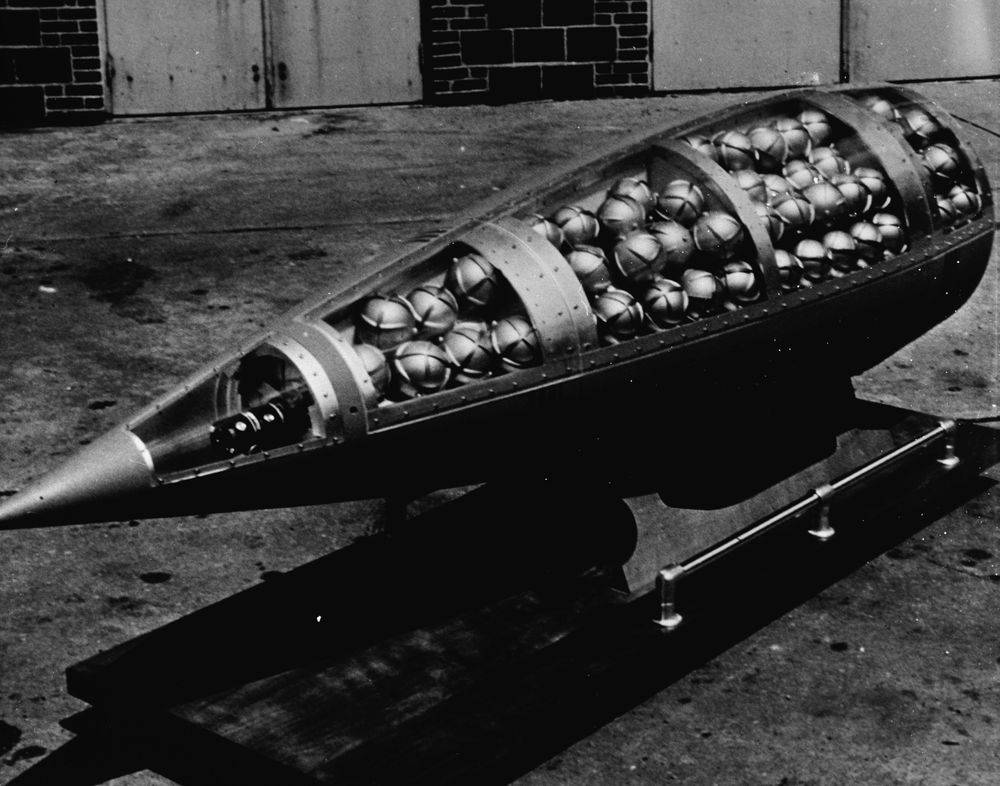 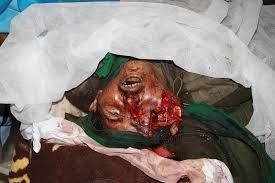 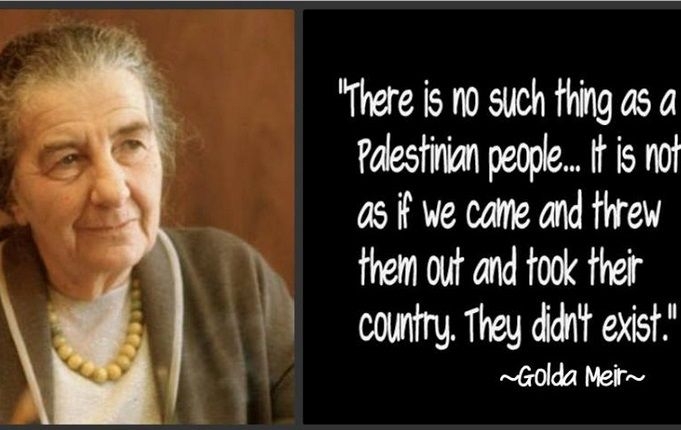 An OpBlog by Eugene Stovall

Julius Caesar’s famous dictum, Veni, Vini, Vinci ___ I came, I saw, I conquered ___ announced the overthrow of the Roman republic. Once Julius Caesar crossed the Rubicon with his army and seized control over Rome, he subjected the Senate to his will and declared the Roman imperium. Declaring her own imperial ambitions, Hillary Clinton commented to a CBS television reporter on the assassination of Muammar Qaddafi: We Came, We Saw, He Died.

The Barak Obama’s administration unleashed America’s CIA army in an imperial dash across North Africa. It initiated regime change first in Egypt and then in Tunisia. Afterwards with the cynicism rivaling Hitler’s Third Reich, Obama and Clinton imposed a bloody regime change upon Libya ___ seizing Libyan oil for their Big Money backers. As a result, the Big Banks, Wall Street and Big Oil gave Hillary Clinton as much financing as she required for her presidential bid. And in return, Clinton promised them an imperial presidency.

On that fateful day, Dr. Ali Mansur, Dean of Students, was outside in the campus parking lot. A disturbance between some students required Dr. Mansur’s attention. He was telling the students that he planned to discipline them when all of a sudden, out of nowhere, a loud roar almost burst his eardrums. But as quickly as the roar sounded, it turned into a frightful, high-pitched squeal. Dr. Ali Mansur looked up and saw shiny objects dancing in the sky. The dean of students stared, transfixed by what he saw, wanting to mistrust what his eyes told him was real. His stomach began to churn with fear. Dr. Ali Mansur knew that the objects dancing and zig-zagging towards the Al Fateh campus were missiles. But before Dr. Ali Mansur could organize his thoughts or even take cover, the missiles exploded all over the campus. The university’s library filled with Libyan students took a direct hit. What had minutes before had been a center of learning filled with teachers and students, became an American-made inferno.

NATO’s missiles engulfed Al Fateh University in smoke and flame. The terrible roar of explosions sent shock waves everywhere ___ frightening, disabling, paralyzing. When the missiles exploded, Dr. Ali Mansur froze. His heart seemed to stop; he was stupefied; and all his senses were paralyzed.

NATO’s missile attack on Al Fateh University cracked concrete wells, shattered windows and brought ceilings down in lecture halls killing, maiming and ripping apart hundreds of unsuspecting students and faculty. Shrieks of dying and maimed filled the air. Many stood or walked about in a state of shock. Everywhere victims were suffering horrendous wounds, losing limbs and burning flesh. The first day of Hillary Clinton’s Libyan intervention was a success, not one student ___ not one faculty member ___ knew the attack was coming.

There are those who believe that Clinton’s emails will reveal that her attack on Al Fateh University was intended to prevent any organized student protest against Qaddafi’s overthrow. Clinton calculated that student protests could be minimized if students were killed before Qaddafi was overthrown. All around Al Fateh University, voices shouted out in Arabic: “It was Obama!” But Hillary Clinton wanted the world to know that she was the behind the attack.

"We came, we saw, he died," she joked when told of news reports of Qaddafi's death by an aide in between formal interviews. Clinton was in Tripoli earlier this week for talks with leaders of Libya's National Transitional Council (NTC). The reporter asked if Qaddafi's death had anything to do with her surprise visit.

On March 17, 2011, Hillary Clinton forced resolution 1973 through the UN Security Council. The resolution was supposed to provide humanitarian aid to Libya. One month later, a US-led coalition attacked Libya. By the end of August, more than 60,000 Libyan civilians had been killed by the US-led NATO air strikes that shredded, burned and blew up civilians all over Libya.

­Though it may never be known just how many died in “the most successful operation in NATO history,” the alliance for white supremacy totally destroyed Libya’s infrastructure in its seven-month bombing campaign. Before the bombing, Libyans had a higher per capita income than the Americans or the British. Libyans had free education and free health care. Libyans could study abroad at government expense. When Libyans married, their government gave the married couple a stipend. Hillary Clinton followed up her ‘humanitarian intervention’ in Libya by providing US-made weapons to various Libyan factions. Clinton urged each of them to fight for control and promised them all the weapons they needed. With her Libyan civil war in full swing ___ which continues even today ___ Clinton created the conditions that allowed American oil interests to ‘help themselves’ to Libya’s oil.

Republican Senator John McCain was so pleased with the way Clinton managed Qaddafi’s overthrow that he tweeted out on August 21 2011 at 2:25 PM: “Qaddafi on his way out, Bashar al Assad is next”

Whites Sow Their Harvest Of Death

The UN estimated that there were 19.7 million mines in the western desert of North Africa ___ most of which are in Libya, sown by the Germans, Italians, British and Americans during WWII. Libyans have been reaping a ‘harvest of death’ from Europe and America for the past 75 years. From 1939 to 1975, white people’s unexploded bombs and leftover mines ___ most of which are located in the most populated areas ___ killed 4600 Libyans. The white European nations who sowed the pastures of death refused to accept responsibility for removing the explosives. Throughout his presidency, Muammar Qaddafi trained and paid engineers to undertake the dangerous work of extracting the mines and unexploded bombs from the Libyan Desert. With Qaddafi dead and the white people’s surrogates competing for power, the removal of land mines has ceased. Now Hillary Clinton has her imperial agenda promoted with the US laying more explosives

During the early days of the US-led Libyan intervention, Hillary Clinton directed John Christopher Stevens to smuggle himself aboard a Greek cargo ship and sail into the CIA-army stronghold of Benghazi. Hillary’s hand-picked ambassador to Libya arrived at the CIA duty station as gunfire crackle about and civilians died in the streets. Stevens whose ‘diplomatic’ training emphasized sabotage, espionage and political assassination served two earlier tours in Libya. John Christopher Stevens was the ideal person for what Hillary Clinton had in mind for the Libyan people. Upon arriving in Benghazi, Stevens took charge of the intervention, drawing up the specific plans for the overthrow and murder of Muammar Qaddafi. Stevens stayed in constant contact with Washington emailing his boss, Hillary Clinton, informing her of his progress. When Qaddafi's military threatened to annihilate the CIA army, Clinton directed Stevens to coordinate the air attacks on the Libyan army. Stevens’ massive bombing sorties against tanks and troops annihilated Libya’s ability to resist the American-European imperial invasion.

On September 11, 2012, hiding out in his Benghazi safe house, Christopher Stevens and his CIA guards were surprised by a storm of rocket-propelled grenades exploding all over the CIA compound. One of the grenades caused a fire in the main consulate building where Stevens, Sean Smith and another CIA mercenary huddled. In an attempt to escape through the roof of the building, Stevens became separated from the other two mercenaries. Local civilians found Stevens overcome by smoke inhalation and took the American ambassador to the Benghazi Medical Center. Though medical personnel tried to resuscitate him, he died at 2 a.m. on September 12, 2012. Afterwards numerous media reports circulated claiming that Stevens had been sodomized, tortured, and sexually mutilated before he arrived at the Benghazi Medical Center.

A squad U.S. military personnel and mercenaries located in Tripoli were dispatched to Benghazi to rescue Stevens and his CIA operatives. But the rescue team was ambushed. One American died and several others were wounded in the attack. A third American in the Benghazi CIA compound also died in the attack.

Secretary of State Hillary Rodham Clinton issued a statement. “I condemn in the strongest terms the attack on our mission in Benghazi today. . . . The United States deplores any intentional effort to denigrate the religious beliefs of others. Our commitment to religious tolerance goes back to the very beginning of our nation. But let me be clear: There is never any justification for violent acts of this kind.”

Obama announced that Stevens was among those killed in the Benghazi assault. In his statement, Obama said, “I strongly condemn the outrageous attack on our diplomatic facility in Benghazi.” In his statement, the president also said: “While the United States rejects efforts to denigrate the religious beliefs of others, we must all unequivocally oppose the kind of senseless violence that took the lives of these public servants

Hillary Rodham Clinton is a ‘neo-con warhawk’ who plays ‘Monica Lewinsky’ to her Big Oil and Wall Street backers. Following the US-backed overthrow of Tunisia’s President Zine El-Abidine Ben Ali in January, 2011, Clinton earned the gratitude of Big Oil when she convinced the Obama administration to institute regime change in Libya. Clinton even promised, if elected president of the US, to return to Libya and finish the job ___ even if it takes “boots on the ground.” The job that Clinton believes she must finish ___ the job that will cost thousands more civilian lives ____ is the looting of Libyan oil. Clinton not only wants to emulate the Bushes looting of Iraqi oil and Obama’s looting of Syrian oil, but intends to outdo all of her predecessors in following in Julius Caesar’s shoes and formally instituting an American Imperium.