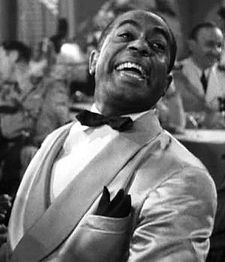 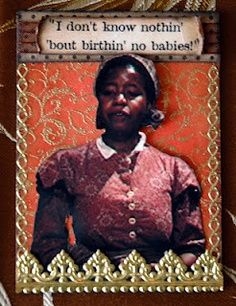 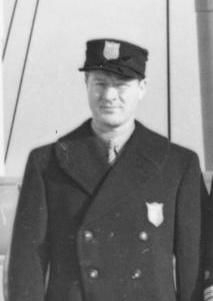 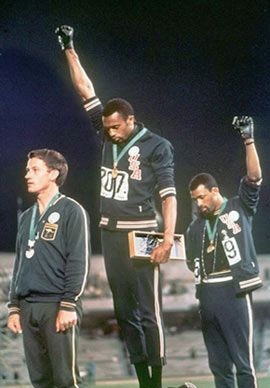 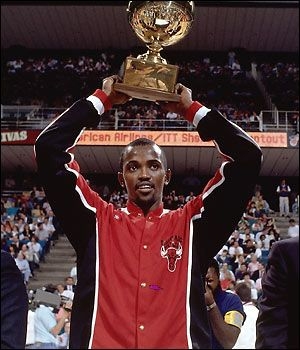 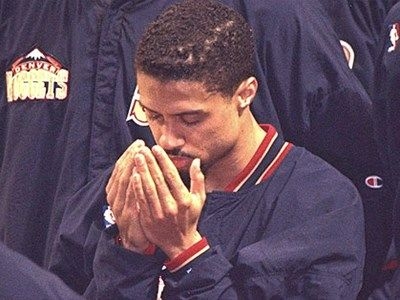 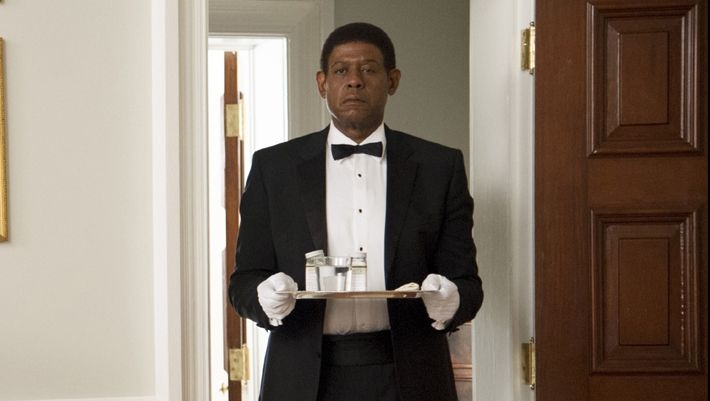 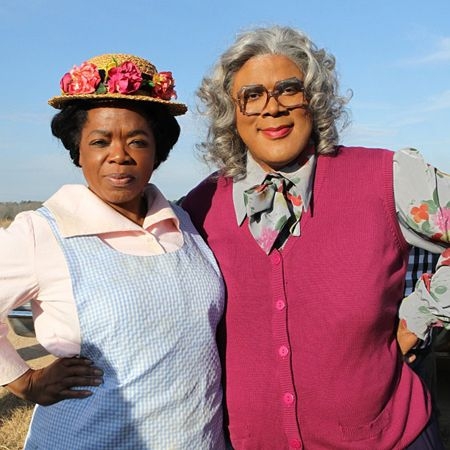 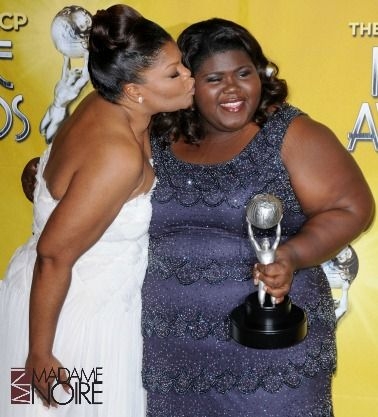 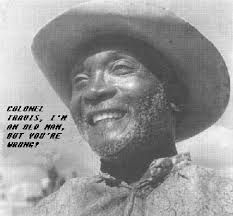 Lisa [Ingrid Bergman]: Whose that boy over there?

Sam [Dooley Wilson]: Leave him alone, Ms. Lisa, You no good for him.

White folks use black entertainers to tell black people how to behave. It’s important to white people that blacks protect and defend issues important to white people. The media teaches blacks that their survival depends on what to say and how to act. Those blacks who do not serve white people suffer economic, social and political deprivation. They are beaten and tortured in ‘black’ sites run by the police. They are incarcerated to provide slave labor for white corporations. Their bullet-riddled bodies are strewn all over the American landscape, left there by killer cops. The media treats these daily atrocities as ‘ho-hum’ everyday events but when Colin Kaepernick, a black football player, uses the media to send a different message, white America ___ and black America as well ____ is shocked.

Black leadership ___ politicians, preachers and social elites ___ are unified in their support for the well-being of white people. No where is this better demonstrated than by Dr. John Henrik Clarke’s stern rebuke of Martin Luther King who personifies the solicitude blacks are expected to have for white people. In 1963, when whites murdered three black children in Birmingham, Alabama, Martin Luther King was overly solicitous for the safety of his ‘white brothers.’ Dr. Clarke condemned King’s concern for his white brothers, saying:

After the bombing at Birmingham the killing of kids in Sunday School... when King said, 'if blood must flow, let it be our blood and not the blood of our white brothers,' he was not only wrong he was vulgar!

But Martin Luther King is a national hero and John Henrik Clark is a unappreciated black scholar.

Throughout the 20th century and into the 21st, white folks have used black entertainers to re-enforce the role of the good ole darky whose only goal is to keep white folks happy. For her role as Mammy in the 1939 film, Gone With The Wind, Hattie McDaniels was awarded an Oscar. In the same film, Butterfly McQueen portrayed Prissy, a black woman who was unconcerned for the welfare of a ‘good’ white woman and her unborn baby.

One of the all time portrayals of how whites want blacks to behave is found in the climatic conclusion of the 1960 film, The Alamo. Jester Hairston who plays Jim Bowie's loyal slave, Jethro dies shielding his master, played by Richard Widmark, from dozens of bayonet thrusts from Generalissimo Santayana’s soldiers.

There are plenty of examples of black roles in the so-called ‘post-racial’ society of 21st century America. In the 2009 Lee Daniels film, Precious, Mo’Nique won an Oscar for her role as an abusive mother who is waited upon hand and foot by her 16-year-old daughter, Claireece "Precious" Jones, pregnant for the second time by her absent father. In another Lee Daniels film, The Butler, ___ the film that made Barak Obama cry ___ Oprah Winfrey plays a boozy adulteress who is married to Forest Whitaker, a humble house servant working in the White House. But the prototypical 21st century role for the 21st century coon ___ combining Amos and Andy with RuPaul ___ was developed by Tyler Perry’s Madea and his/her entourage beloved coons.

Black actors are not the only entertainers who play the roles whites want to see. Black athletes ‘coon’ with the best of them. For the past several years, Charles Barkley and Shaquille O'Neal have given bravura television performances rivaling Stepin’ Fechit and Mantan Moreland. Not only does his ignorance endear Barkley to white folks, but his animosity towards all aspects of black pride and black culture reflects the exact attitude white racists wanted conveyed. Commenting on the shooting of unarmed black men, Charles Barkley said on the Le Batard radio show that the reason white cops shoot black men is because ‘black men are crooks.’

On the other hand, Colin Kaepernick’s protest against American racism has left white people dumbstruck. Kaepernick revealed that white racism is not only a part of the American culture, but it is also a part of the American creed and incorporated in America’s national anthem. Whites usually dismiss the occasional ‘angry Negro’ as being a social misfit, but Kaepernick’s expose of America’s threat to all blacks with either expulsion or death in the national anthem was a shock:

And where is that band who so vauntingly swore

That the havoc of war and the battle's confusion,

A home and a country, should leave us no more?

Their blood has washed out their foul footsteps' pollution.

No refuge could save the hireling and slave

From the terror of flight, or the gloom of the grave:

And the star-spangled banner in triumph doth wave,

O'er the land of the free and the home of the brave.

In an atmosphere where whites reward Black entertainers for coonin’, Colin Kaepernick’s refusal to stand during the playing of America’s paean to racism is courageous and significant. Kaepernick’s protest is significant, not because he exposes white atrocities committed against black people ____ as well as Native Americans, Asians and Hispanics ___ in the 19th century, but he is protesting the actual slaughter of black people and other people of color on the streets of America today. And this slaughter takes place today despite America’s so-called ‘first’ Negro president.

Colin Kaepernick told a NFL Media reporter: “I am not going to stand up to show pride in a flag for a country that oppresses black people and people of color. To me, this is bigger than football and it would be selfish on my part to look the other way. There are bodies in the street and people getting paid leave and getting away with murder.”

Colin Kaepernick is not the only black athlete to protest racism in America. Mahmoud Abdul-Rauf ___ born Chris Wayne Jackson ___was suspended in 1996 by the NBA for refusing to stand for the National Anthem and calling the American flag a symbol of oppression. Abdul-Rauf was reinstated when he agreed to stand during the playing of the national anthem. While the national anthem was being played, the NBA allowed Abdul-Rauf to close his eyes and look downward.

In 1992, Craig Hodges, a backup shooting guard for the Chicago Bulls was not re-signed when Hodges wearing a dashiki handed President Bush a letter demanding that end America’s racial injustice. Hodges was considered the league’s best 3-point shooter and had won the NBA All-Star 3-point shooting contest two years straight. But when President Bush invited the Chicago Bulls to the White House after the Bull’s second straight championship, decided to take a stand. Hodges also publicly criticized Michael Jordan and other black teammates for failing to use their considerable wealth and influence to assist the poor and disenfranchised black people of Chicago. When the Bulls refused to re-sign Hodges, Billy McKinney, the director of player personnel for the Seattle SuperSonics ___ now the Oklahoma City Thunder ___ offered to sign Hodges. The Supersonics told McKinney to forget Hodges or forget his job.

The most celebrated protest by black athletes took place in 1968 at the Mexico City Olympics. During the medal presentation ceremony for the 200-meter dash, gold medalist Tommie Smith and bronze medalist, John Carlos raised their gloved fists in a Black Power salute during the playing of the National Anthem. In addition, Smith, Carlos, and Australian silver medalist, Peter Norman, all wore human rights badges on their jackets. Smith wore a black scarf around his neck to represent black pride and Carlos wore a necklace of beads representing the blacks lynched by whites. As Smith and Carlos left the podium, the predominantly white crowd booed. The American businessman, prominent Nazi sympathizer during the Second World War and International Olympic Committee president, Avery Brundage, ordered Tommie Smith and John Carlos suspended from the US team and banned from the Olympic Village. Brundage personally ostracized Smith and Carlos from the American sports community and subjected them to intense media criticism. Describing Tommie Smith’s and John Carlos’ protest, Time magazine wrote in its October 25th,1968 issue: ‘Faster, Higher, Stronger’ is the motto of the Olympic Games. ‘Angrier, nastier, uglier’ better describes the scene in Mexico City last week.

From Symbol To Substance

White America is as evil as it is racist. American policymakers are drunk with power and insanely irrational. They lie to the world and they lie to themselves. The incredible horrors that Americans are inflicting on non-white peoples worldwide is barbaric in the extreme. America’s, political and economic institutions convert human suffering into corporate power. So evil is white supremacy, that America’s leading political parties have chosen such corrupt and immoral candidates that the horror of a nuclear conflagration has become almost a certainty. Until that time, however, virulent American racism will persist and the bodies of slaughtered blacks and other non-whites will continue to litter American streets ___ just as the mountains of non-white dead pile up around the world.

It remains to be seen whether Colin Kaepernick’s symbolic protest will become more substantive. For example, if as Craig Hodges suggested, all black athletes held their wealth in a single financial establishment, Kaepernick could make a dramatic impact on America’s social, political and economic order.