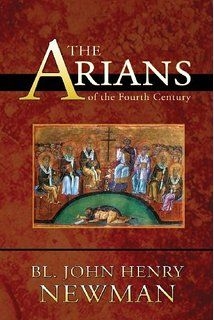 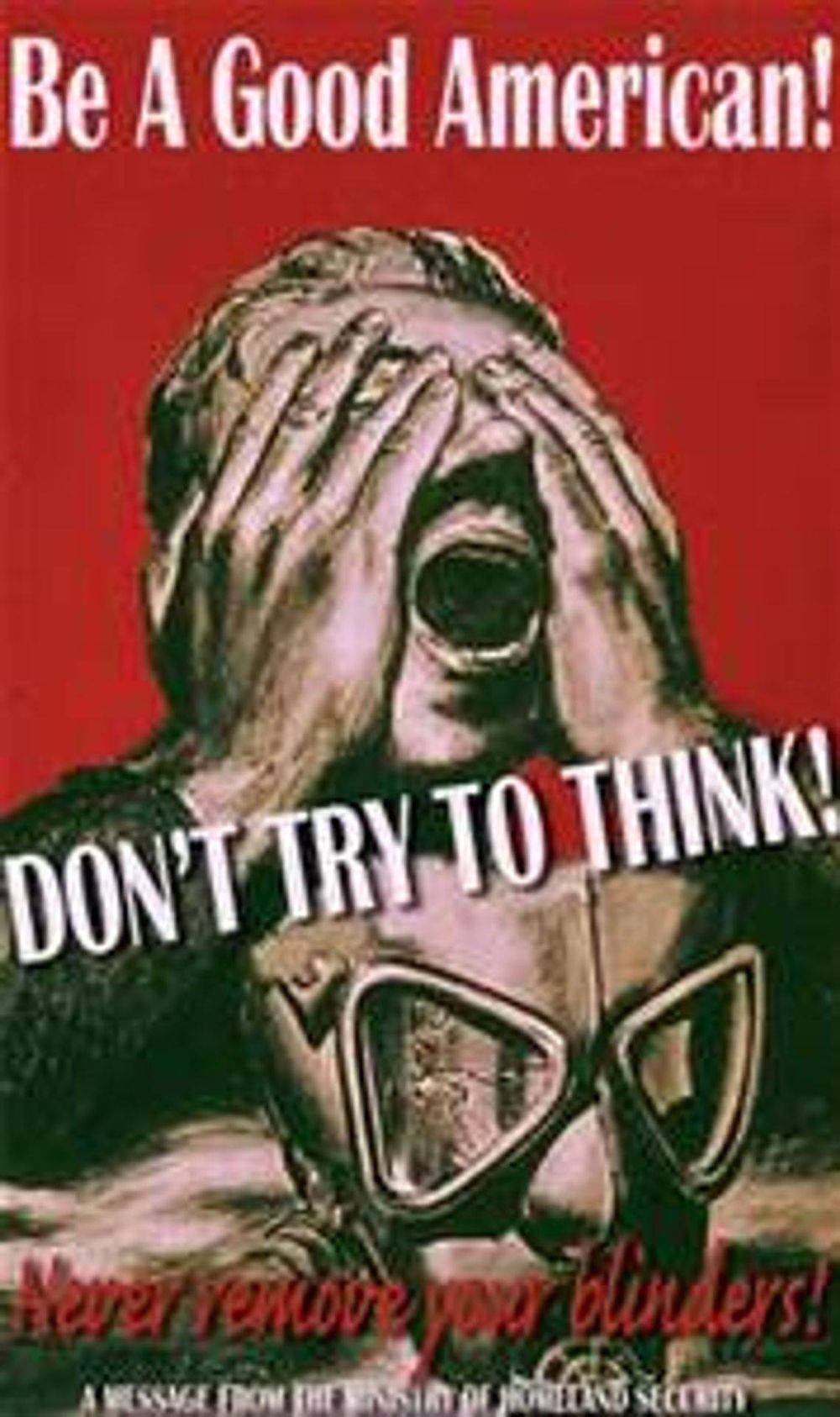 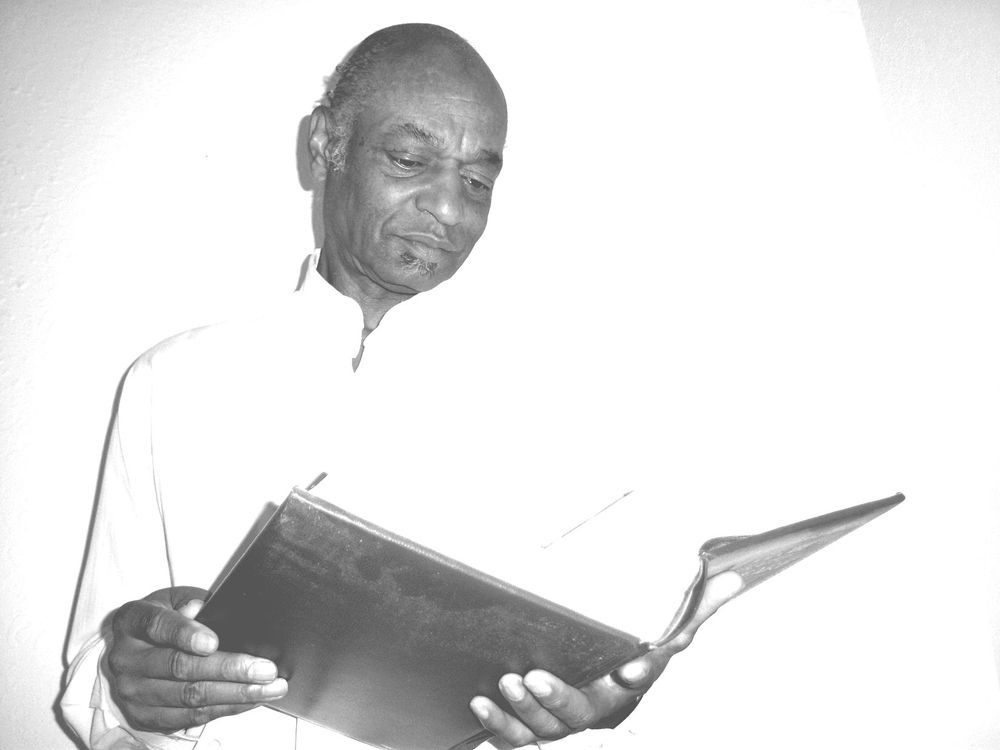 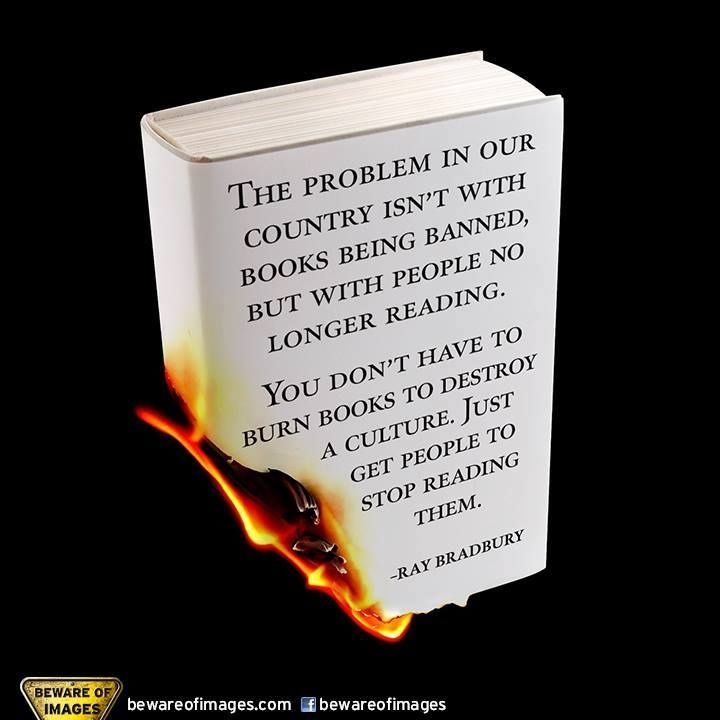 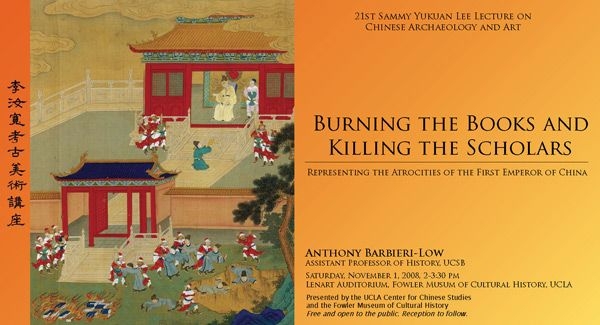 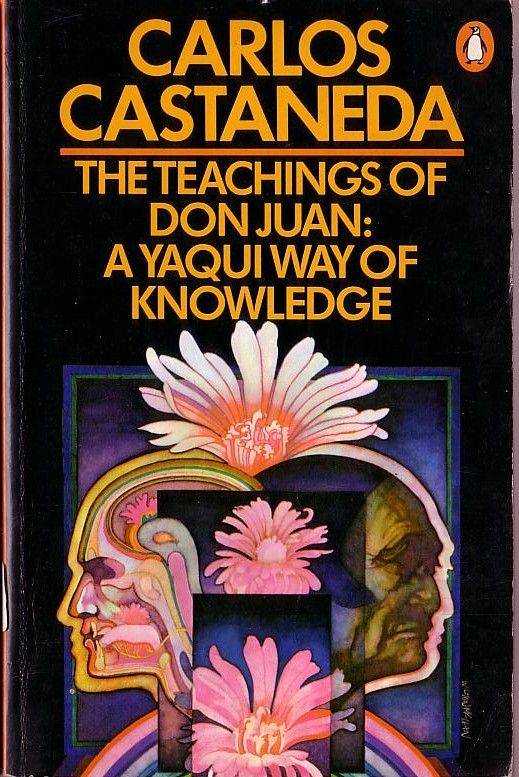 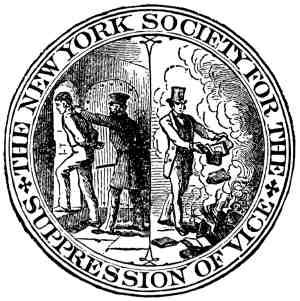 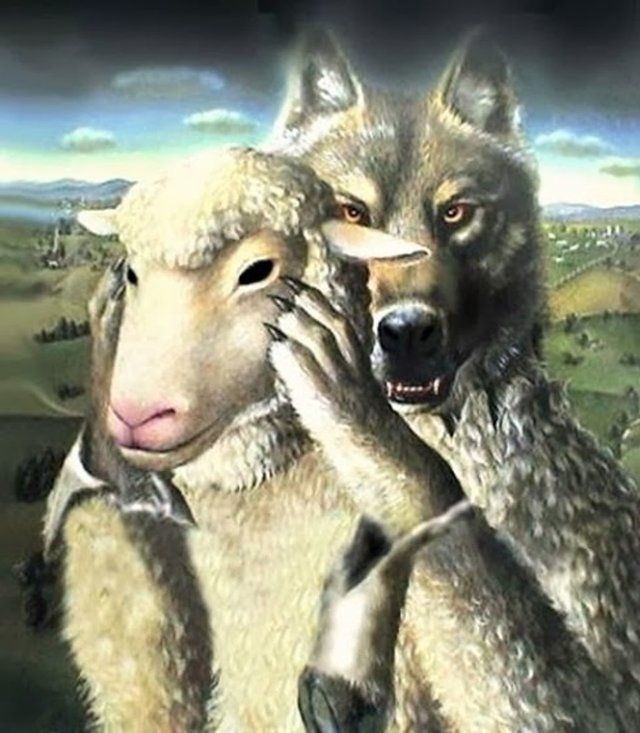 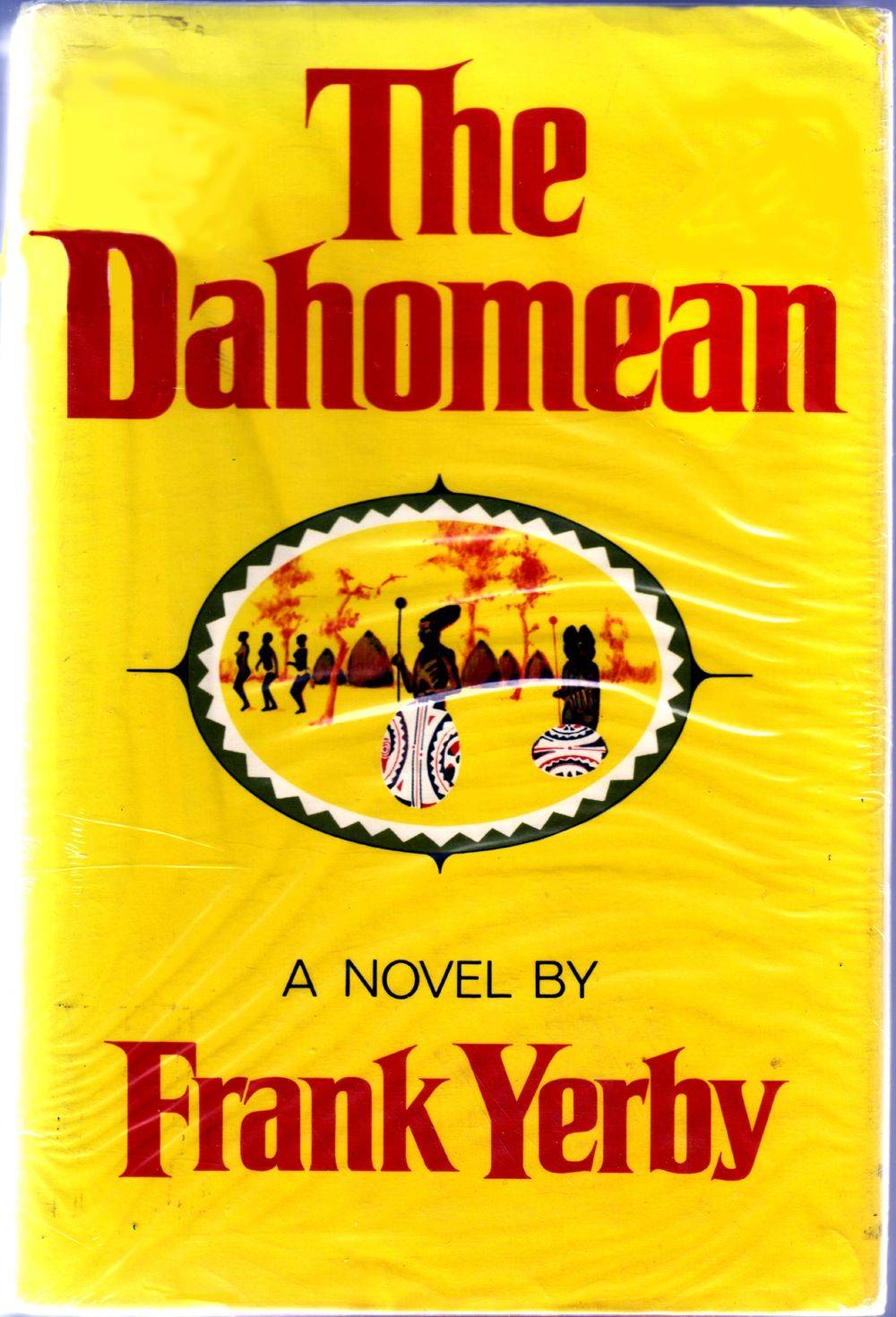 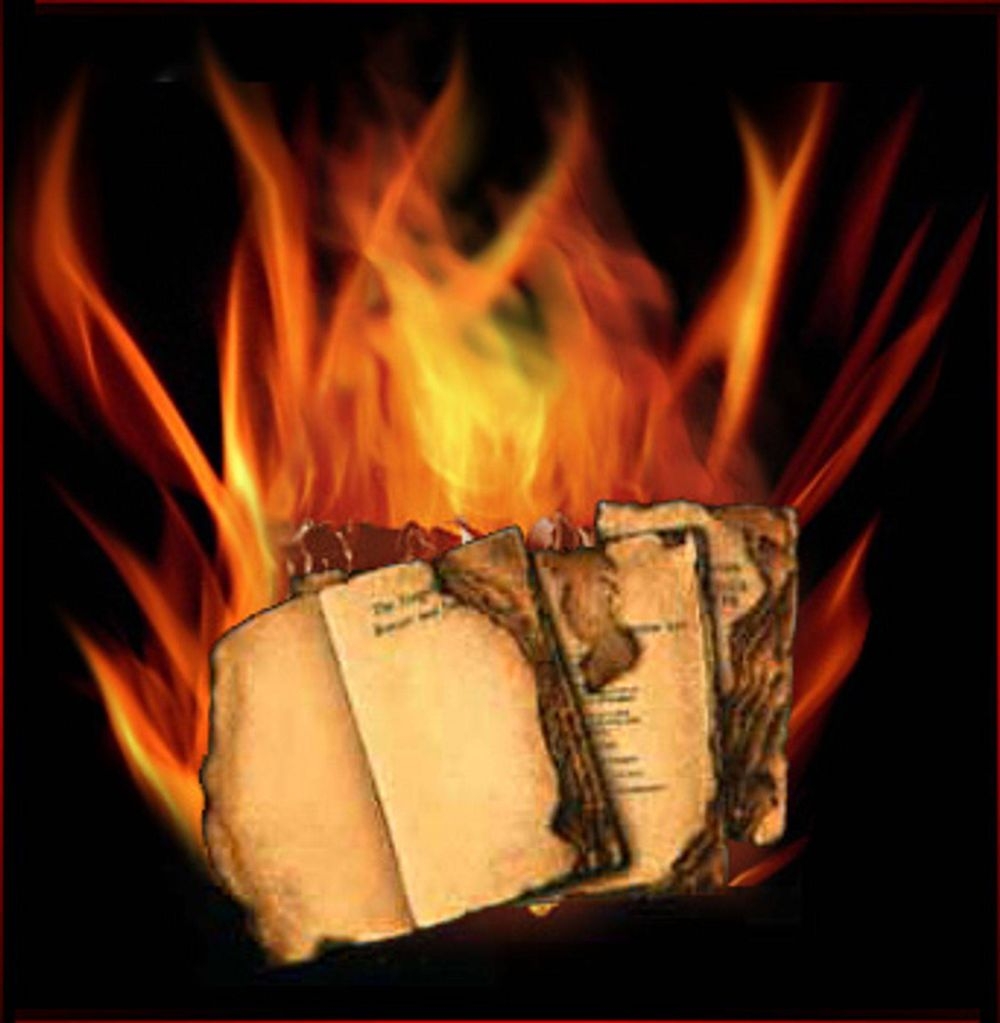 Book Burning In The Information Age

On August 22nd, the Sistahs on the Reading Edge book club boarded the Napa Valley Wine Train in Antioch, California, to celebrate the birthday of one of their members. Too many toasts, appetizers and good cheer caused other passengers to complain to the conductor that the women were too noisy. On the pretext of relocating the group, the train conductor "paraded" the black women through six train cars to an empty area. At the St. Helena station, however, police boarded the train and escorted the black women to the St. Helena police department. Afterwards, a spokesperson for the Napa Valley Wine Train Corporation apologized to the members of the black women's book club, though, in the corporation’s “official” statement, the train corporation noted that the women’s behavior caused them to be ejected. The behavior the tour spokesperson referenced was #Reading While Black.

Penalizing black women for publicly flaunting their reading habits has its roots in the centuries-old practice of book burning. Historically repressive regimes have burned books to limit the information available to the masses. Some of the more infamous incidents of book burning include:

Emperor Qin founder of a dynasty that ruled China from 476 BC to 221 BC, burned a great many philosophical treatises at the academy of the Hundred Schools of Thought. Along with burning the books, Qin ordered the five hundred Confucian scholars familiar with the books buried alive.

Queen Hatshepsut, the female pharaoh of the eighteenth Egyptian dynasty, had her memorials, stone monuments, stelae and even her funerary images systematically disfigured and erased. Egyptologists blame a vindictive Thutmoses IV, but the evidence is that whoever tried to remove Hatshepsut from history was really covering up her inauguration of the Egyptian solar cult.

Burning of Library of Alexandria

In 215 AD, Emperor Constantine ordered all books dealing with the Arian heresy burned. Constantine also ordered burned anything written on any subject by Arius, a Christian priest from Egypt. Arius and his followers conducted missionary work among the Germanic tribes. He converted Vandals, Goths and Huns from barbarism to Christianity by incorporating ancient Germanic rituals into their Christian worship. Arius documented his work in several writings. Constantine ordered anyone reading or even possessing any of Arius’ writings burned as well. In 587 Recared, the first Catholic king of Spain, ordered a systematic search for all books by Arius. The books and those possessing them were burned. The Arian takeover of the Catholic Church __ a takeover that Emperor Julian did not complete until the ninth century ___ was accomplished in complete secrecy.

In 1244, twenty-four carriage loads of Talmuds and other Jewish religious manuscripts were set on fire in the streets of Paris. In the 1930s German storm troopers organized regular book burnings throughout Germany including works by such famous Jews as Thomas Mann, Marcel Proust and Karl Marx.

New York Society For The Suppression Of Vice

The New York Society For The Suppression Of Vice, founded in 1873, inscribed book burning on its seal. The society abhorred lewd writings and pictures. The society burned 15 tons of books, 284,000 pounds of printing plates, and 4,000,000 pictures. Recognizing the society’s work, Congress passed the Comstock Law, named for the society’s founder, making lewdness a crime.

In 1956, a federal judge ordered over six tons of books by William Reich burned. William Reich was an Austrian-born Jew and author of several influential books ___ including The Mass Psychology of Fascism and The Sexual Revolution. He moved from Germany to New York in 1939. In 1950, following critical articles about him in The New Republic and Harper's, a U.S attorney obtained an injunction against Reich’s literature. In 1956 Reich was charged with contempt for having violated the injunction against selling his books. Reich was sentenced to two years' imprisonment, and six tons of his publications were burned. In 1957, though he had escaped a German death camp, William Reich died in American prison.

The Sistahs on the Reading Edge book club were not reading authors as subversive as William Reich, but there must have been some reason that reading while black threatened the whites on the Napa Valley Wine Train that day. Some metrics might provide a clue to this mystery.

In 2008, the African-American Book Club’s five best selling fiction books were Zane’s Purple Panties and Succulent: Chocolate Flava II as well as the Teri Woods’ trilogy. True to the Game I, II & III. The African American Book Club’s five top selling non-fiction books in 2008 were Dear G-Spot: Straight Talk About Sex & Love by Zane, two books by Karrine Steffans, The Confessions of A Video Vixen and The Vixen Diaries. The fourth best selling African American non fiction book was Terrance’s Hiding In Hip Hop: On The Down Low in the Entertainment Industry. The number five best selling non fiction book in the African American market was Barack Obama’s The Audacity of Hope: Thoughts on Reclaiming the American Dream. Perhaps whites feared that blacks might be reading books by multi-cultural authors, like Barack Obama. With the upcoming 2016 elections driving white paranoia over anything black, it may have been a white knee jerk reaction against literate blacks, just as the treatment of James Blake by white New York cops was a reaction against “uppity” half-breeds.

Whites have always feared a literate black population. During slavery it was a crime for blacks to read. More, recently prominent multi-cultural authors have endured government under surveillance. The US government continually monitored James Baldwin’s movements when he lived in Europe. Just recently, the FBI disclosed that the agency kept Gabriel Garcia Marquez under constant surveillance while the Nobel prize winning author lived in New York. So even if black book clubs began improving the level of their reading material, the government would immediately be alerted and take action. Certain books might become difficult If not impossible to find. Two multi-cultural authors ____ Frank Yerby and Carlos Castaneda ___ might suddenly find their books in a government incinerator.

Frank Yerby a black man and born in Augusta, Georgia, created the most important canon of multicultural thought in the twentieth century. Though emigrating to Europe, Yerby’s canon of work bursts with secrets previously hidden from the general public. Already a copy of Yerby’s, A Darkness At Ingraham’s Crest, a sequel to his wildly popular The Dahomean, sells for up to $500. Yerby wrote his canon of work using a unique literary genre, the costume novel. He “masks” his historical revelations concerning political ideologies, social movements and class antagonisms as his assemblage of heroes, anti-heroes and ordinary individuals are swept up in adventures of historic proportions. Yerby’s costume novel is a triumph of multi-cultural thought over racist cant. He tells lays out historical facts instead of white supremacist ideology. Yerby’s last book, McKensie’s Hundred, is a treasure trove of information about secret societies, European and American. In one of his last interviews given to a journalist with a news magazine in Madrid, Yerby hints at the power of his canon for multi-cultural readers:

“If there is something I don’t believe in, it is a victim’s guilt. When the Jews stopped being victims, the world learned to respect them.” 1998 Frank Yerby Interview in El Pais Seminal newspaper

The wisdom found in the writings of Carlos Castaneda is a revival of Toltec wisdom. The Toltec were not a race like the Aztecs or Mayans; they were sorcerers and warriors. Each Toltec was recruited as an apprentice an initiated onto the path of knowledge. The Toltec studied nature, explored the human mind and dreamed “separate realities.” Two thousand years ago, the Toltec built wondrous cities. The Toltec capitol city, Teotihuacán, located just north of present day Mexico City was called "the place where humans awake and remember their divinity."

The Toltec followed the rule set forth by Quetzalcóatl whom the Toltec portrayed most often as a “plumed serpent, ” though sometimes the god had a human form, other times the diety was Venus, the morning star, and at still other times Quetzalcóatl was an eagle. For millennia, the Toltec altered their perception of the world using perceptual clues that altered their awareness in accordance with the demands of different realities. Toltec discovered that an infinite variety of physical entities could be created because of the fluidity between the fundamental principles of form. These material realities be produced by manipulating perceptual awareness.

There was a massive glow on one end ot the line of lights where Don Juan was. I thought of the plumed serpent of the Toltec legend. And then the lights were gone. The Eagles’s Gift, Carlos Castaneda

Now if black book clubs were to read and discuss any of Carlos Castaneda’s or Frank Yerby’s books ___ not to mention their being incorporated into the curricula of Black Studies departments ___ we might see some real changes in the behavior of black people.