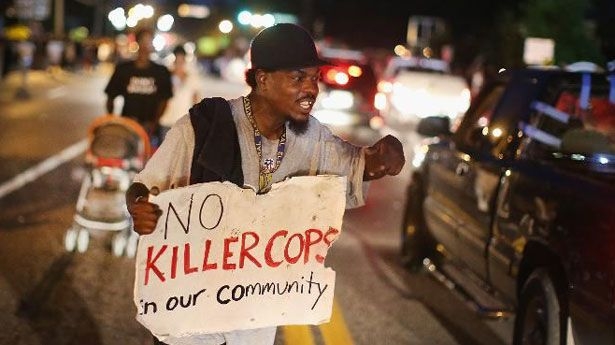 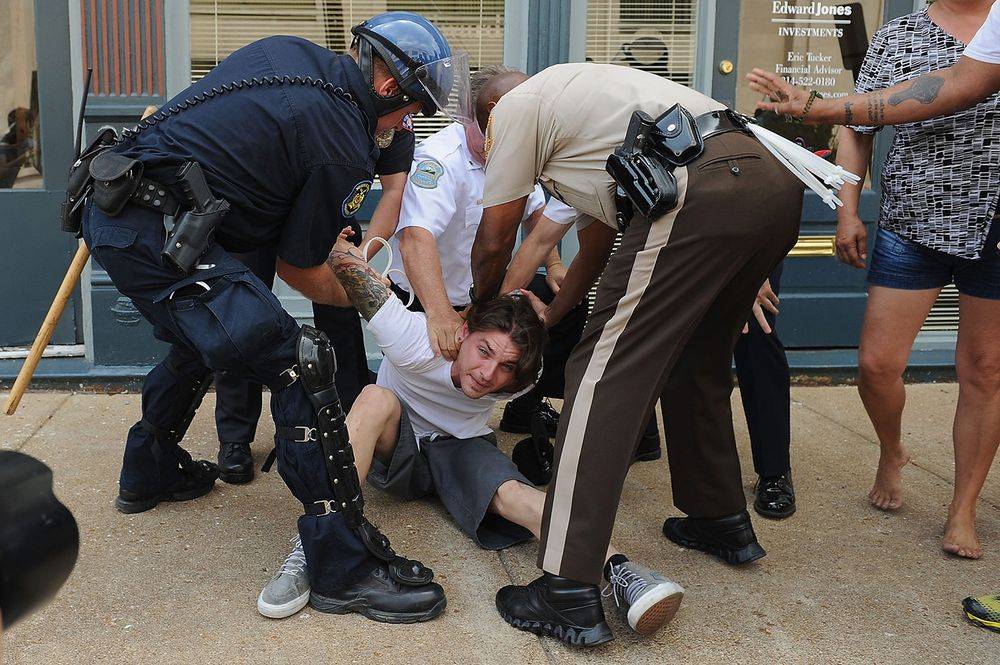 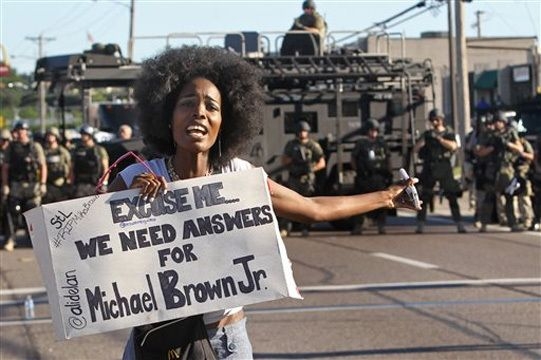 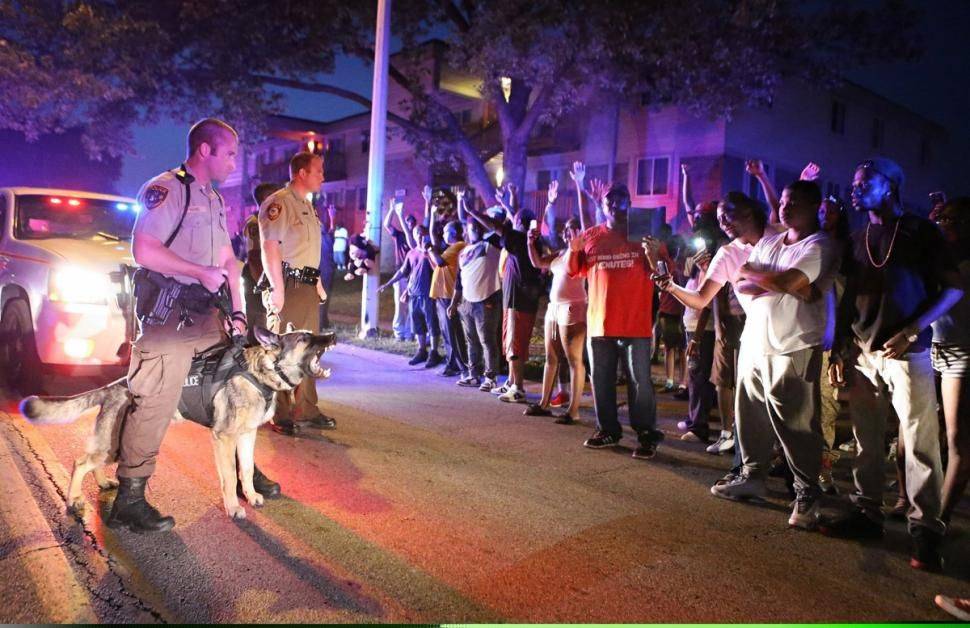 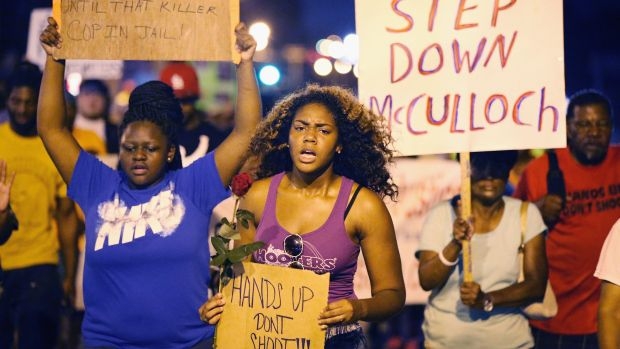 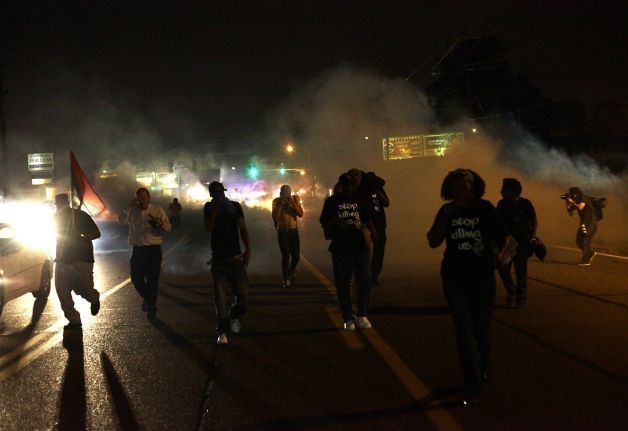 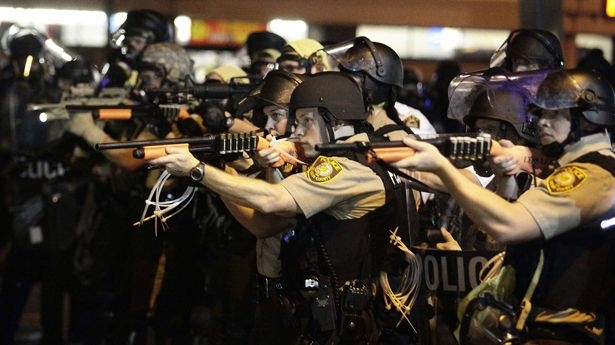 Does Ferguson Demonstrate The

"They don't have answers to poverty or gentrification or mass incarceration or the prison state,..."

In his press release on Ferguson, Missouri, Kevin Johnson, Sacramento’s black mayor, points to "My Brother’s Keeper" as one of Barack Obama’s positive initiatives for the black community. However, “My Brothers Keeper” is not even a government program. Obama’s insult to the black community is funded by tax-deductible contributions from big corporations ____ the same corporations sheltering over a trillion dollars in off shore accounts to avoid paying billions in taxes. If corporations paid the billions they owe the American government and the American people, public programs such as schools and health care and infrastructure could be fully funded. Blacks would have to be really stupid to accept “corporate chump change” that Obama is putting in his “My Bother’s Keeper” PR gimmick. The entire budget for My Brothers Keeper's is infinitesimal compared to the increase in the federal prison budget. My Brother’s Keepers budget is nothing close to the billion dollar subsidies Obama has given to the medial insurance, banking, automotive and securities industries. My Brother’s Keeper’s budget does not even receive the millions that Obama’s government gave Ukrainian political organizations, media outlets and paramilitary groups to overthrow Viktor Yanukovych, the democratically elected president of Ukraine . Kevin Johnson’s self-important, self-satisfied, self-justifying press release on Ferguson is all too typical of our black politicians. They don't have answers to the problems of poverty or gentrification or mass incarceration or the prison state. They’re not looking answers. They're only looking for votes, contracts and to feel important.

Is black leadership just too incompetent, impotent and ignorant to address issues such as Ferguson? Whenever tragedy strikes the black community, black political leadership trots out Martin Luther King’s tired playbook: bring in a national Negro spokesman who attracts the attention of the national media, denounce the injustice, pray that white people and their secret societies will stop being so unjust and wait until a more newsworthy story moves black people and their issues from public attention. Barack Obama is unconcerned with the lynchings of black people. He sent Eric Holder to Ferguson. He also sent the FBI.s snitch, Al Sharpton, to get information on individuals the FBI might consider dangerous.

“How did it make you feel that the Attorney General came to Ferguson to address this issue,” MSNBC commentator, Chris Matthews, asked the black student body president of the local community college in Ferguson.

“Many of the students, as well as people from the community, felt that the Attorney General showed that he was sympathetic to our concerns,” the young black man said.

That said it all! Another black man murdered in cold blood and the Negro leadership once again sweeps it under the rug so that they can go back to what is important: targeting the enemies of white racists and their families and children for drone strikes.

Black political leadership ignores the wholesale murder of innocent women and children around the world, why should they be any more concerned about the murder of black people here? They are not! Black political leadership completely supports the criminal justice system that is orchestrating the massacre of black people. How many unarmed, innocent black people have murdered in the last month? The police killing of Michael Brown, an unarmed teenager in the streets of Ferguson, Missouri, followed the killing of Eric Garner, an unarmed Black man in Staten Island, New York, within hours of the killing of Ezell Ford, an unarmed Black man in Los Angeles. There are thousands of black political office holders, but none with the intelligence, the intestinal fortitude or the integrity capable of denouncing the war of “black people.” Possibly, the reason black politicians are silent on black genocide because these politicians depend on Zionists for political support.

The wholesale incarceration, profiling and murder of black people in the United States accompanies the internment, starvation and murder of non-white people everywhere in the world. But the Middle East is the scene of the worse human rights abuses and war crimes. Like Barack Obama, most of the black politicians are funded, staffed and advised by the same people who assist Israel in bilking Americans of billions of tax dollars and use the money to wage genocide against the Palestinian people. Israel is proud to proclaims itself openly apartheid and racist. But no black politician dare call Israel racist ___ not when Israeli war planes slaughter defenseless ten year old Palestinians playing on a beach or when Israeli missiles bombard UN sponsored schools killing hundreds of children. Black politicians are unconcerned that American armaments are killing innocent children in Iraq, Syria, Libya and many other places all over the world.

The havoc to which America’s neocons and their liberal fellow travelers have subjected the world have resulted in a horrendous loss of human life. This was made possible only because of a quid pro quo between white supremacists and neo-con Zionists. Their agreement is war abroad and genocide at home. The US genocide against black people has been well publicized. But the frequent lynching of black people barely cause a comment among black politicians or black preachers. Black politicians have remained silent while white racists continue their murderous campaign. The Zionists have recruited and funded corrupt and corruptible black politicians, everywhere. These black politicians are certain not to mention that Obama’s My Brother’s Keeper program is far more important than the daily killing of unarmed black men and the violent suppression of black dissent.