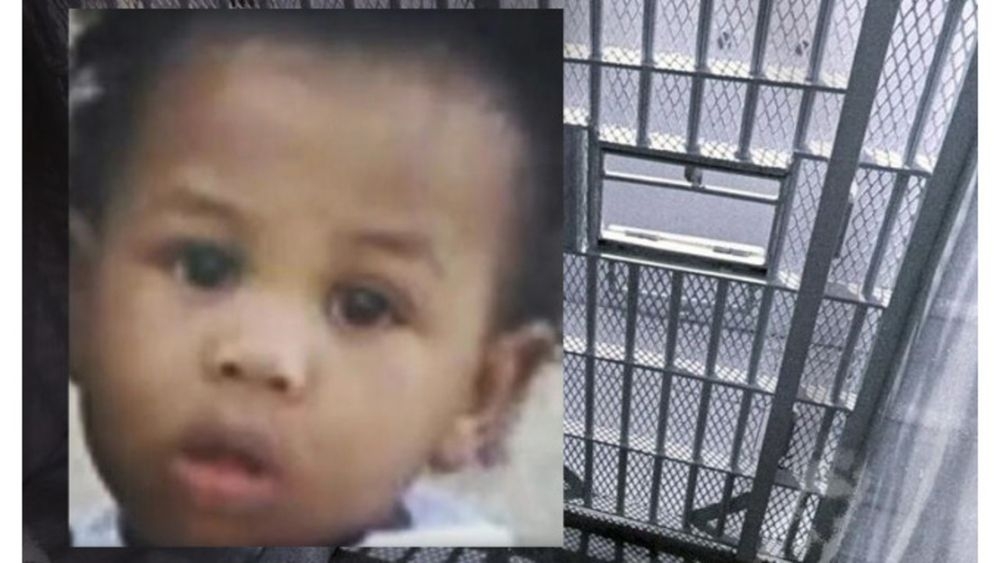 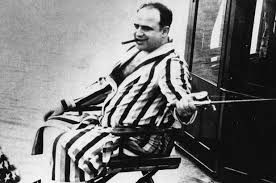 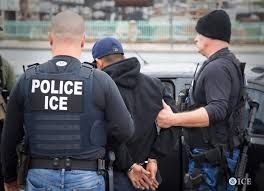 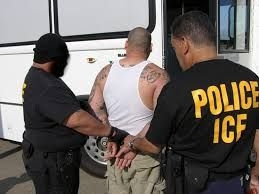 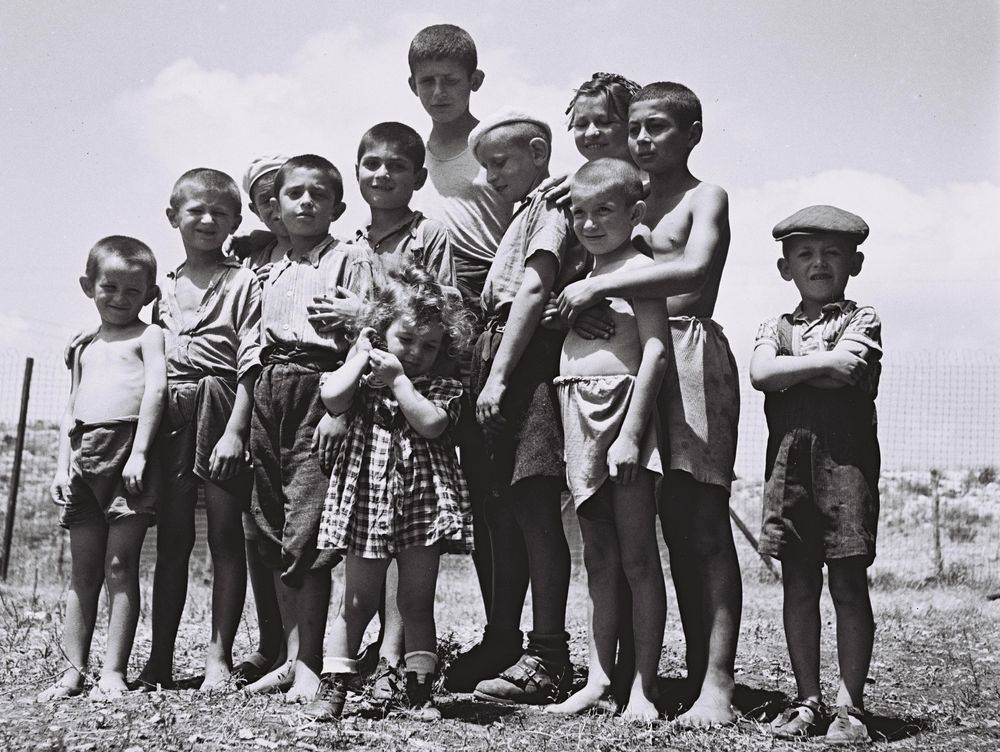 Blog: An Evil Man With A Disease

On St. Valentine’s Day, 1929, seven men were found in a Chicago garage. Their bullet-riddled bodies lay next to a wall splattered with blood and body parts. Al Capone, nicknamed, ‘The Beast,’ ordered the massacre, which the press called ‘the most infamous of all American gangland slayings’. Al Capone’s evil deeds was hatched from a brain rotten with syphilis.

While some disagree with Donald Trump’s policies and others question his morals, many believe that his policies and morals are compromised by his mental and physical health. For years it has been speculated that Trump’s erratic behavior, irritability, inability to concentrate and delusional thinking result from some illness. In addition to these mental disabilities, those in a position to know claim that Trump displays a number of physical ailments, including memory loss, insomnia, vision problems, headaches and ___ hair loss. Trump, himself, has gone to great lengths to hide and falsify his medical records. But the misery and pain that Trump and his minions have inflicted on nonwhite people around the world, seems to mirror his own misery and pain.

In the final minute of her show … Rachel Maddow is handed a news bulletin. She begins to read it and can’t finish it. She is fighting back her tears and abruptly ends the show. The bulletin was the Trump administration announcing it has set up three “baby jails.”

The first thing Trump did upon entering the White House was to create an enemies list. Trump’s enemies include members of his own party like Senator Jeff Flake and Senator John McCain. His other enemies include women, the press like Katie Couric and Megyn Kelly, semi-governmental entities like the US Post Office, corporations like Harley Davidson, CEOs like Jeff Bezos and NFL football players. But Trump’s most hated enemies are Hispanics who he calls rapists and murders, Muslims and others nonwhites from countries that he calls ‘sh—holes’ and nonwhite Americans who he wants to disenfranchise, incarcerate and deport.

The most recent additions to Trump’s enemies list are little children whose parents are racial and religious minorities trying to escape US-inspired terrorism. This is Trump’s program to make America Great Again and it has made him popular with white Americans in the same way that Hitler’s anti-Semitism made him popular with Germans. After all, Trump’s initial Supreme Court appointee, Neil Gorsuch, was the founder and president of the Catholic club, Fascism Forever.

Trump’s initiated a zero-tolerance policy for illegal border crossings. In the past, children were not treated as criminals for seeking asylum in the United States. In Trump world, fleeing violence and seeking asylum in the US is a crime for children and adults, alike. But Trump initiated the policy and separated nearly 5,000 immigrant children from their parents. Hundreds of toddlers are being run through kangaroo courts and then caged in ‘baby prisons.’ This policy, though applauded by legions of white racists eager to stoke the fires of racial antagonisms ___ in other words fascists, could only have been the product of a sick mind.

The evil oozing from Trump’s sick mind motivates his base. They believe that only an American police state is capable of maintaining their privileges, their economic advantages and their belief that they alone are God’s chosen people.

When the mayor of Oakland warned Oakland residents of an impending raid targeting 1,100 nonwhite immigrants, she found herself high on Trump’s enemies list. Enraged that ICE only rounded up 200 of the targeted immigrants, Trump demanded that Attorney General, Jeff Sessions, prosecute Oakland’s mayor, Libby Schaaf, for obstruction of justice.

Trump is not only tearing infants and children away from their parents, he is also targeting naturalized American citizens for incarceration and deportation. Trump directed the U.S. Citizenship and Immigration Services [CIS], to track down ‘undesirables’ on his enemies list who became naturalized citizens and institute denaturalization and criminal prosecution procedures against them. In Trump’s sick mind, any nonwhite person who has become a naturalized citizen must have cheated the system and entered the US illegally. Trump ordered CIS, the government agency that accepts applications for citizenship, to strip naturalized non-white citizens of their citizenship and bring criminal fraud charges against them. Prior to Trump, the denaturalization process was instituted to prosecute suspected Nazi war criminals who had entered the United States illegally and lied on their citizenship applications. Now nazis use these procedures to put Americans into concentration camps and fascists, like Neil Gorsuch, sitting on the Supreme Court will validate those policies intended to make America white again.

Voting is a key component of a democracy. But Trump’s base cheers his policies to restrict the vote and undermine American democracy. His supporters including the Federalist Society and the Heriage Foundation, even suggest that his fascist Supreme Court use a strict constitutionalism to deprive nonwhites of the vote. Already the Trump court has ‘blessed’ his campaign to ‘Make America Great Again’ by approving racist, police state policies. On his authority, Trump is initiating voter suppression plans as a key component in his 2018 mid term campaign.

Some find it easy to see the Trump administration as only slightly deviating from the politics of ‘business as usual.’ After all, the gradual decline of America’s democratic society into a white supremacist police state has been slow and steady though white supremacy has always wielded power through violence, intimidation and corruption. Nevertheless there has been little, if any, resistance to police state practices whether it be the murders of unarmed black people in the urban areas or the murder of pregnant women on the US border. However, there are some white people who believe that Trump’s policies are too extreme, too provocative and too dangerously similar to those of the Third Reich. Some of these believe Trump’s policies are the product of a decidedly sick mind.

Trump’s plan to Make America Great Again has galvanized such a virulent strain of white racism that the number of America’s enemies has been swollen even from the ranks of America’s former friends. So some say that the evil concocted by the gangster in White House may be the result of his diseased brain.

Two women, ex-Playboy model, Karen McDougal and adult film star, Stormy Daniels, have both alleged that they had ‘unprotected’ sex with Trump in Lake Tahoe on the same weekend. Trump’s lawyer, Michael Cohen, paid Stormy Daniels $130,000 and Karen McDougal was paid $150,000, allegedly to keep them quiet. But these sums were so paltry that many wonder whether the payments were for some other purpose ___ a medical purpose. Then there was Melania Trump’s extended stay a Walter Reed Medical Center for a still undisclosed medical condition. The gossips in Washington are still buzzing over the FLOTUS five-day hospitalization.

In November 2017, Dr. Steven Beutler published an article in The New Republic magazine, entitled “A Medical Theory for Donald Trump’s Bizarre Behavior.” The article speculated that Trump’s erratic behavior was not merely the result of his deeply-held misogynist, racist and fascist beliefs, but Trump’s odd and irrational behavior might also be attributed to a bad case of untreated syphilis. Trump admitted the possibility when boasting about his sexual promiscuity.

“I’ve been so lucky in terms of that whole world [of sex],” Trump told Howard Stern. “It is a dangerous world out there—it’s scary, like Vietnam. Sort of like the Vietnam era. It is my personal Vietnam. I feel like a great and very brave solider.”

In March 2018, Martin Cizmar asked in an Alternet article, Is Trump Suffering from Untreated Neurosyphilis? According to Cizmar, new details add steam to theory that Trump’s erratic behavior was a symptom of an untreated venereal disease. Again in April, 2018, Nick Corlis asked in his Exposed internet article: Does Trump Have Syphilis? According to Dr. Beutler, the physical indications of syphilis are painless sores in the genital area. Commonly, these symptoms are accompanied by irritability, loss of concentration, delusional thinking, and grandiosity. Syphilis also causes memory loss and impaired judgment. Insomnia is also common among syphilis sufferers. If Trump has this venereal disease and, for political purposes, left it untreated, it explains why Stormy Daniels and Karen McBride were paid off. They needed the money to pay the medical costs associated with curing their venereal infection. Melania Trump’s hospitalization could have been for the same purpose. Each of these women may have been infected by Trump. Syphilis also explains why Trump is so evil and intent on forcing the misery and pain that he is suffering on the rest of the world.