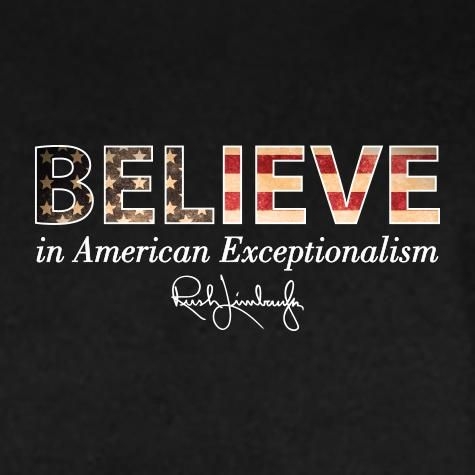 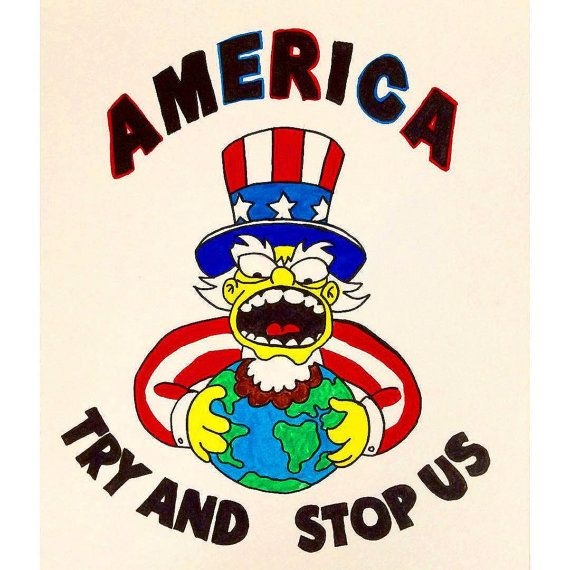 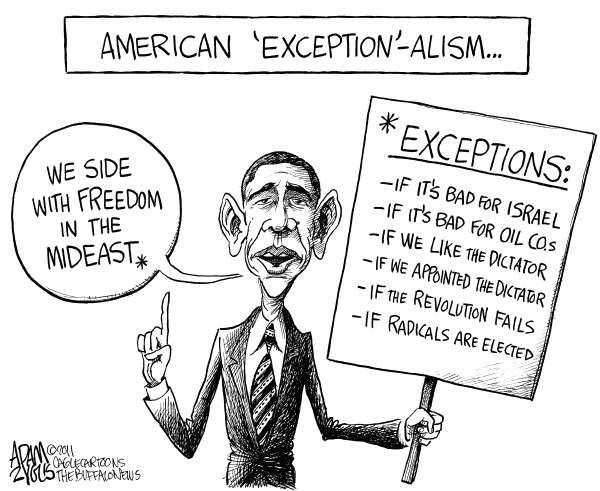 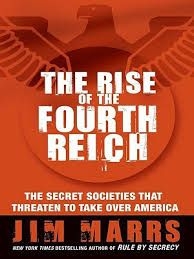 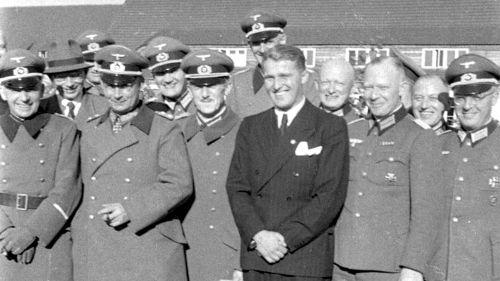 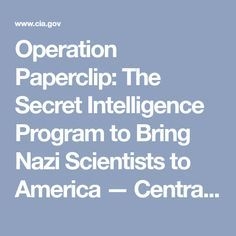 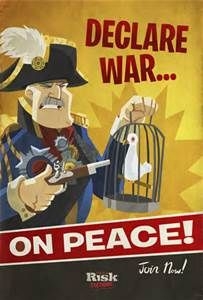 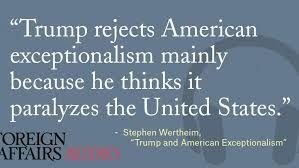 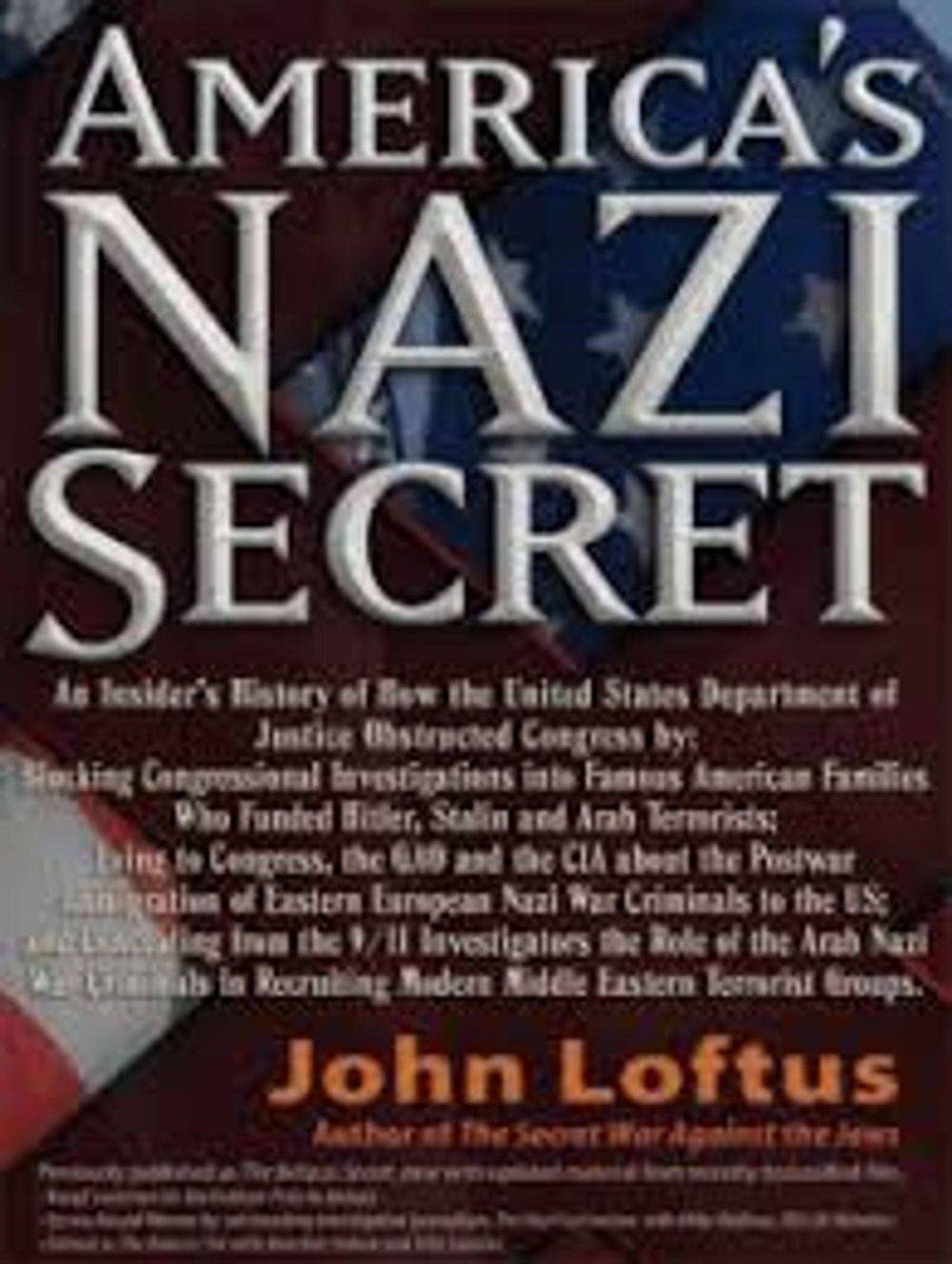 The 21st Century Expansion Of The Police State

Humans are not evil; they do evil things because they believe it will bring them happiness. So ignorance is the source of much of the world’s evil as Trump demonstrates

Trump’s America First policy is no expression of democratic values. His promise to Make America Great Again is no reaffirmation of the bill of rights. Trump’s policy of America First is an update of the Bush/Obama policy of American Exceptualism ____ the policy responsible for warrantless wiretaps, torture sites, concentration camps, indefinite detention, continuous cop killings of black people, voter suppression, austerity through economic blackmail, regime change, missile attacks on civilians and a worldwide tsunami of refugees.

At the end of WWII, the ‘deep state’ ___ a secret cabal of non-governmental organizations and secret societies with access to military, law enforcement and national security agencies ____ launched the Cold War, a worldwide program of illegal, clandestine military operations. The ‘deep state’s’ post-WWII propaganda machine convinced Americans ___ white Americans ___ that winning the Cold War was as important as winning WWII, itself. More importantly, winning the Cold War would keep white supremacy in place as the existing world order. To defend their privileges, Americans accepted the murder of Patrice Lumumba and Salvador Allende as readily as the assassinations of Fred Hampton, Malcolm X and Martin Luther King. They applauded the battle of Algeria as well as the Sharpeville massacre. Americans saw themselves as exceptional___ empowered to do whatever, to whomever, wherever and whenever they pleased.

When the Japanese attacked Pearl Harbor, Roosevelt rounded up all American citizens of Japanese descent, stripped them of all their personal and real estate property and put them in concentration camps. Some Japanese Americans joined the Army, but their families remained incarcerated. Americans supported Roosevelt’s policy, unanimously.

When sabotage and ship burnings hit the New York docks at the outset of WWII, Albert Anastasia and the New York mob let it be known that they were responsible. The government sent an admiral to negotiate with mob boss, Lucky Luciano and agreed to release Luciano from his maximum security prison if he would halt all further sabotage and work stoppages on the docks. The pact between the government and the mob not only led to peace on the docks, but also resulted in the Sicilian mafia supporting the Allied WWII conquest of Sicily and Italy. After the war, the relationship between the government and organized crime led to the Bay of Pigs invasion and attempts to assassinate Fidel Castro. However, J, Edgar Hoover often declared publicly that the Mafia did not exist.

Another aspect of the ‘deep state’s’ Cold War strategy was the ‘red scare.’ In the 1950s, the government launched a nationwide purge of Americans holding liberal and socialist political beliefs. Claiming that ‘reds’ were un-American and posed an existential threat to the American way of life, the ‘deep state’ went after government employees, university professors and Hollywood writers.

Joe McCarthy, the catholic chairman of the Senate Un-American Activities Sub-Committee, carried out the purge. McCarthy’s staff, Roy Cohn, Trump’s future mentor and Bobby Kennedy, future Attorney General, received dossiers of suspected ‘reds’ from FBI director, J. Edgar Hoover. Without due process, but with public fanfare, the catholic senator hauled the FBI’s ‘reds’ before his committee, humiliated them and had them fired.

With far less publicity, the Vatican ___ chafing over the Nazi failure to overthrow the Russian government in WWII ___ began immigrating war criminals into the US. With the assistance of the CIA, the Red Cross and the Swiss government, the Vatican used the CIA’s Rust, Tobacco and Paperclip programs to funnel Nazi scientists, espionage agents and Gestapo spies into positions vacated by those purged by McCarthy, Kennedy and Cohn. So the Cold War afforded the Pope another opportunity to topple the USSR and further his crusade against ‘godless’ communism.

Winning the Cold War became so important to the ‘deep state’ that it did not hesitate to assassinate President John F. Kennedy and his brother, Senator Robert F. Kennedy to further their plans.

In 1977, Jimmy Carter enraged the ‘deep state’ by negotiating the return of the canal to Panama. Speaking against the canal agreement, Ronald Reagan declared the policy of American Exceptualism. "We bought it, we paid for it, we built it, and we intend to keep it," Reagan declared. Nonetheless, Congress ratified Carter’s decision, but before the transfer could take place, Reagan’s vice president, George H.W. Bush, invaded Panama, overthrew its government, slaughtered its national defense forces and seized the canal. In the process, American occupation forces terrorized, incarcerated, tortured and killed thousands of Panamanian citizens, many of whom lived in the non-white district of El Chorillo.

Prior to the 1980 election, during the hostage crisis, Reagan sent envoys to Iran. The envoys promised the Iranian government missiles and other American weaponry in return for delaying the hostage release until after the election. In this way, Reagan prevented Carter from obtaining the hostage release, which resulted in Carter’s defeat. Reagan’s treachery made him president.

Between 1984 and 1986, in violation of the Boland Amendment, President Reagan raised $34 million to overthrow Nicaragua’s government. Millions were raised from corporate donors, but Reagan raised millions more by importing 22 tons of cocaine and distributing the drugs to gangs in urban areas across the country.

In 1991, with the end of the Soviet’s occupation of Afghanistan, the tearing down of the Berlin Wall and a rash of CIA-inspired revolts in Soviet bloc countries, Reagan entered into an agreement with Gorbachev and declared the victorious end of the Cold War.

American Exceptualism In The 21st Century

September 11th 2001 marked the day when America descended into barbarism.

It is physically impossible for aircraft fuel to burn steel girders, re-enforced with concrete. The jet fuel in the aircraft that crashed into New York’s World Trade Center on 9/11did not burn the Towers down. Furthermore, on 9/11, the Air Defense Command of the United States government ___ whose sole mission is to defend the air space over America ____ was not called upon to defend either the World Trade Center or the Pentagon ___ even though it had ample time to respond to the attack.

On 9/11, Bush left America unprotected and bleeding in preparation for the 21st century phase of American Exceptualism. Bush used his government-manufactured ‘false flag’ to unleash terrorism, regime change, torture and naked aggression upon an unsuspecting and ill prepared world.

Richard Painter, Bush’s ethics lawyer, characterized the Trump administration as a criminal enterprise. Painter is incensed by Trump’s money laundering, taking bribes and steering business to various Trump enterprises. Trump’s violations of the constitution’s emoluments clause is Painter’s main concern. The ethics lawyer has no problem with America First policies that mirror the Bush/Obama policies of American Exceptualism. Painter finds nothing unethical about invading a country over non-existing WMDs, using torture on prisoners of war or lying to the UN to secure intenational approval for America’s aggression. But Painter draws the line at Trump making money for himself and his family. And Painter really objects to Trump’s resisting the ‘deep state’s control.

Trump is not just enriching himself, he is also enriching his billionaire cronies. Trump both gave corporations tax breaks and continued the Catholic Church’s stranglehold on the Supreme Court with the appointment of the professed fascist, Neil Gorsuch. With his nomination of the catholic factotum, Brett Kavanaugh, Trump plans to extend catholic control over the Supreme Court for the next several decades. America First policies also include:

America First initiated a comprehensive deregulation effort to dismantle the government by:

Trump estimated the Puerto Rican death toll, after Hurricane Maria, to be 64. The actual death toll was 2,975. The inadequate aid that he provided Puerto Rico was based on the lower death toll. Trump even denied 80% of the Puerto Rican requests to FEMA for funeral support. Trump transferred $10M of emergency funds from FEMA to ICE to build immigrant prisons.

Trump is denying civil rights to Hispanics living on the southern border by stripping them of their American citizenship. Servicemen, cops and border agents are impacted. Trump has banned transgender citizens from serving in the military and ordered the defense department to discharge all transgender servicemen currently on active duty.

America First has disrupted global trade and slapped tariffs on billions of dollars' worth of goods from the EU, Canada, Mexico and China. Trump pulled the US out of TPP and NAFTA. Countries around the world are retaliating with levies on US products sparking a full-fledged trade war that will cost American consumers billions. America First policies include the withdrawal from the Paris climate change agreement as well as a rejection of the Iran Nuclear agreement.

But America First is really a mutation of American Exceptualism. Both policies subvert American democratic values, undermine the constitution and destroy confidence in the American Creed.

Trump is a gangster. He was able to attain the highest political office in the land because the corrupt system gives criminals like Trump an advantage. It remains to be seen whether or not Trump and his America First policies will be repudiated. And even if the Democrats win the midterm elections, it remains to be seen if they will reactivate the ‘deep state’s’ policy of American Exceptualism.